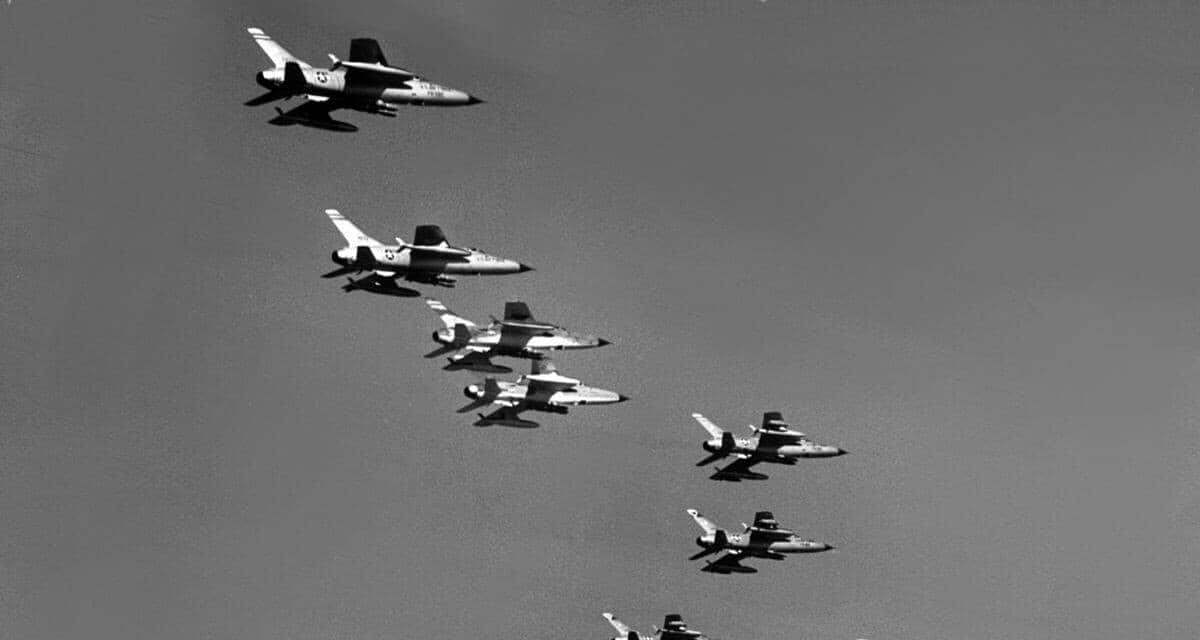 On this day in 1965, the United States air force began to bomb targets in North Vietnam, for the first time. This was a marked escalation in the American involvement in the Vietnam War.

In 1954, the French had withdrawn from Indochina after their defeat by the Viet Minh (Communist) forces. The old French colonial province of Vietnam was partitioned between a Communist North and a democratic South. Initially, this was only a temporary move and it was widely expected that Vietnam would once again be reunited. However, this was not the case, and North Vietnam became aggressive towards the South. It sponsored guerrillas that fought the South Vietnamese army. The Americans supported the South against the Communist North, as this was the height of the Cold War.

At first, the Americans only sent equipment and military advisors. However, as the North Vietnamese became increasingly aggressive, the Americans sent military forces to the country. They soon became involved in combat operations against the Communist forces in South Vietnam. By 1965, the Americans had tens of thousands of troops in the country and President Johnson decided to expand the war in order to pressurize the Communists to stop their proxy war against the Southern Vietnamese government.

The bombing of North Vietnam was codenamed Operation Rolling Thunder. Earlier, in the year, the Americans had started bombing Communist targets in South Vietnam, this was aimed at cutting off the supply routes from North Vietnam to the Communist guerrillas in the South, the supply lines were known as the Ho Chi Minh trail, after the leader of North Vietnam.

By June President Johnson had expanded the bombing campaign to the North. This was very controversial and technically the Americans and North Vietnam were not in a state of war. Eventually, the American air force had only a limited number of targets but this was later expanded. The bombing raids did a lot of damage and destroyed the infrastructure of North Vietnam. The bombing killed countless military personnel and also civilians.

The White House was closely involved in Operation Rolling Thunder and occasionally President Johnson even ordered what targets were to be bombed in North Vietnam. From June 14th to the 31st of October, 1968, the US bombed North Vietnam almost every day. The bombing campaign became very unpopular with the American public and indeed throughout the world. It was eventually terminated.