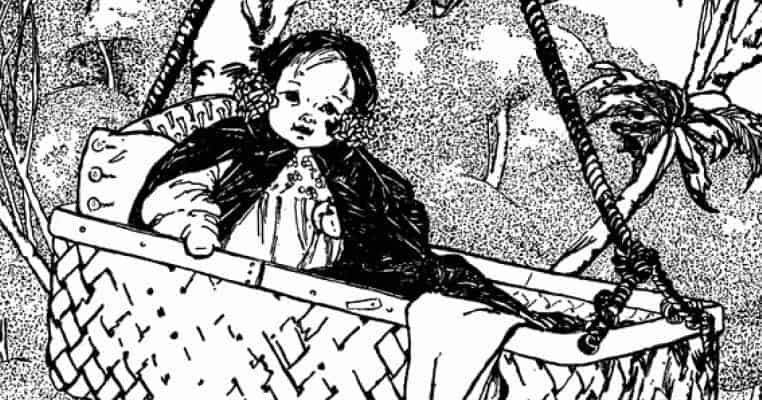 Do you remember your favorite song your mother or father would hum and sing to you to help ease your heart when you were a child? Songs like “Mary had a little lamb”, “Hush a by-baby”, or “Twinkle, twinkle little star”?

I can’t think of anyone who has trouble recalling some sort of lullaby from their childhood. Do you remember holding hands on the playground as a kid, dancing around with your friends as you were singing “Rings around the rosy, pockets full of posey”? My friend group always had an obsession with rearranging words to “Humpty Dumpty” to poke fun at people they seem to disagree with. Seems innocent enough right? These tunes have been passed along for ages and have always helped an exhausted mother or father trying to put the little one down for the evening.

But have you ever stopped to wonder where society picked up these tunes? Did we just trip over them and say “Hey, that sounds like a neat little rhyme” or did we echo them back to future generation as our parents did to us, to actively remind us of issues long gone. Whatever the case may be, it is no question how these nursery rhymes have harkened to countless children and etched their way in almost every culture, and household across the world. In this list, I will shed some light on these “mother gooseries” and hopefully answer some questions that I just conjured up in your curious mind!

The history of these early children’s rhymes seems to always be intertwined with the ruling monarchy/patriarch of the time. Seeing how open disobedience would surely land you in the gallows or being turned into a newt, a much more subtle approach to roasting your rulers was needed. The oldest children’s songs of which we have records of are lullabies, intended to help a child, or a drunken in-law, go to sleep or lay down for a nap. Lullabies can be found in every human culture, language, and across the continents and seven seas.

The English term lullaby is thought to come from “lu, lu” or “la la” sounds made by mothers or nurses to calm children, and “by by” or “bye bye”, either another lulling sound or a term for good night. Until the modern era, lullabies were usually only recorded by chance in older written sources. The Roman nurses’ lullaby, “Lalla, Lalla, Lalla, aut dormi, aut lacta”, is recorded in a scholium, on Persius, and could hold the award for being the oldest known nursery rhyme to survive the ages. Many medieval English verses associated with the birth of Jesus take the form of a lullaby, including “Lullay, my liking, my dere son, my sweting” and may be versions of contemporary lullabies. However, most of those used today date from the 17th century. For example, a well-known lullaby such as “Rock-a-bye, baby on a treetop”, cannot be found in records until the late-18th century when it was printed by John Newbery.

It is remarkable to note that about half of the mother gooseries we know have been known since the late 18th century. Thomas Carnan, who was a printer and bookseller in England, was the first to coin the term “Mother Goose” for nursery rhymes. It was when he published a compilation of English rhymes, Mother Goose’s Melody, or, Sonnets for the Cradle In London, 1780. Some of the more famous tunes to come out of the early times, 18th century and before, are “Pat-a-cake, Pat-a-cake, Baker’s man” which is the oldest surviving English nursery rhyme. Others include “Three blind mice”, “Thirty days hath September” a French rhyme, “Rings around the rosy” and “Cock-a-doodle doo”. All of these are easily recognizable tunes, even in today’s ever-changing world. These children’s rhymes seem to have come from a variety of sources, including traditional riddles, proverbs, ballads, lines of Mummers’ plays, drinking songs, historical events, and, it has been suggested, ancient pagan rituals. Many of the songs and sonnets of old were usually a way of telling a story or passing secrets by hungry ears who were often ready and willing to alert the hierarchy of any dubious actions afoot.

After the 1700’s our nursery rhymes begin to focus less on hierarchies and more on adventures and folklore. Bringing with them nursery rhymes that were often accommodated with folktales. Some of these folktale figures include John Henry, Johnny Appleseed, and Daniel Boone. Popular nursery rhymes to come out of these times include “Mary had a little lamb”, “Eeny, Meany, Miney, Moe”, “Itsy-Bitsy Spider”, and “Old McDonald had a farm”. These were assigned much more in my youth friend circle in the latter. Especially “Eeny, Meany, Miney, Moe”; this tune has so many variants that it’s hard even keep up with what was the original. All of the songs played a crucial role in Western folklore and child development. But what’s interesting is that most of our Mother Gooseries that had the heaviest meanings were the ones that came pre-18th century. In an effort to wash away the wrongdoings of old, many of the older nursery rhymes went through a series of rewrites that was referred to as revisionism.

In the late 18th century we can sometimes see how rhymes like “Little Robin Redbreast” later named “Little Red Robin Ridinghood” (say that 10 times fast) were cleaned up for a young audience. In the late 19th century the major concern seems to have been violence and crime, which led leading children’s publishers in the United States like Jacob Abbot and Samuel Goodrich to ‘improve’ Mother Goose rhymes. By the early 20th century expurgation or bowlderisation, a form of censorship which involves purging anything deemed noxious or offensive from an artistic work, or another type of writing of media, was being put in action against more outright nursery rhymes in order to make them more “suitable” for children at that time. In the late 20th century revisionism and censorship would come in the form of political correctness. As some nursery rhymes such as “Baa, baa, black sheep” seem to carry a racial connotation. Although not proven, some people suggest that the song points to slavery and racial inequalities. Now that we have covered the basics let’s check out some nursery rhymes that may have horrid meanings and took jabs at royalty.

Humpty Dumpty, His Wall, And His Kingsman.

Humpty Dumpty’s tale is one of my personal favorites. But I always wondered who wrote about an egg sitting on the wall? Do they really have nothing else much to do but smash eggs with gravity? Or were the King’s men really just upset chickens watching their hard work go to waste? It came to my surprise but the leading belief is that Humpty Dumpty was actually King Richard III of England. And the reason he was depicted as an egg turned out to be fairly surprising. King Richard III was usually depicted as humpbacked in Tudor histories, especially in Shakespearean plays. Therefore, the term “Humpty Dumpty” illustrated this older depiction of the king’s physical attributes. This brings us to the wall and the King’s men. In 1485, Richard III fought at the Battle of Bosworth. In this “Humpty Dumpty” origin story, it was said that either his horse was named “Wall” or his men, who abandoned him, were representative of the “wall.” Either way, the king fell off his horse and was supposedly hacked to pieces on the field—thus no one could put him together again.

Probably one of the more grueling nursery rhymes, this one seemingly always had a dark twist. Attempts to read into the significance of the words have led to the speculation that this musical round was written earlier (1608) and refers to Queen Mary I of England. Who would end up blinding and executing three Protestant bishops. The Oxford Martyrs that are believed to be the mice who were, Ridley, Latimer, and Cranmer, were burned at the stake, not blinded; although if the rhyme was made by crypto-Catholics, the mice’s “blindness” could refer to their Protestantism.

This one has to be my favorite that I learned about during my research. One theory about this rhyme is that the song is based around a 17th-century ritual that took place after a newborn baby had died. The mothers would hang the child from a basket on a branch in a tree and waited to see if they would come back to life. The line “when the bough breaks the baby will fall” would suggest that the baby was dead, therefore their “dead” weight was enough to break the branch. Although terribly sad, it does bring to light the commonplace tragedy of infant mortality. And that’s probably why it caught on and was passed down for generations.

Bloody Mary Gets Her Own Tune

“Mary, Mary, quite contrary,
How does your garden grow?
With silver bells, and cockle shells,
And pretty maids all in a row”

Bloody Mary. Does she need any introduction? Infamous for burning protestants, Queen Mary Tudor of England led an interesting life. Her reign tried to erase the Church of England brought about by her father, Henry VIII, while trying to quell worries of her leadership. As many know, the curse of a female ruler throughout history was always marrying and producing heirs. Unfortunately for Queen Mary, this was no easy feat.

“Mary, Mary, quite contrary” would have started up the nasty little rhyme by questioning her leadership abilities and how they were constantly under scrutiny. This tune is actually quite cruel in bringing her barren womb to light. “How does your garden grow?” refers to her multiple failed attempts at bearing children. The next few lines “With Silver Bells, and cockle shells” seems to be referring to her allegedly murdering nearly 300 people for the sake of Catholicism as well as her torture devices. “And pretty maids all in a row” referred to either her execution of “rows and rows” of protestants or her rows of midwifes who help deliver still-born or miscarried infants.

“The True Stories and Meanings Behind Nursery Rhymes and Lullabies” We Have Kids, Ash Ryan, 3/4/2017