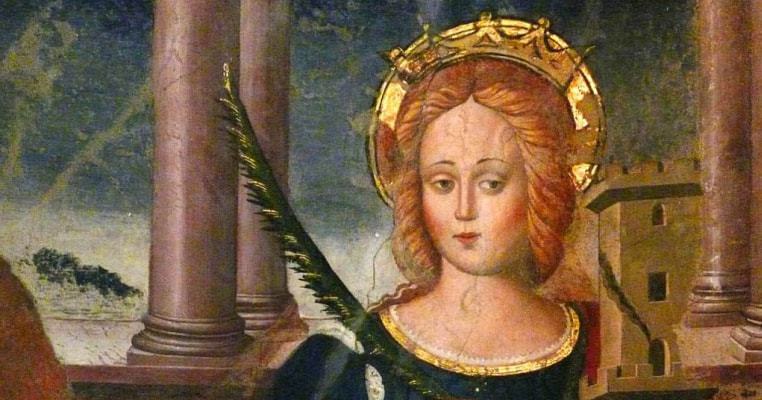 Nearly everyone knows the fairytale of Rapunzel. A beautiful girl is kidnapped and trapped in a tall tower by a witch, and she never gets a haircut a day in her life. By the time she is a teenager, her hair is so long, it can be used as a rope for the witch to climb up and down the tower. Eventually, a clever prince sees this and makes his way up the tower to meet Rapunzel. They fall in love, and he helps her escape. They live happily ever after. This version is the story written into most modern-day children’s books, and Disney’s animated film Tangled basically follows this storyline as well.

The first written version of the Rapunzel story was written in the year 1600 by a writer named Giambattista Basile, from Italy. In this version, Rapunzel is sold to an ogre when she was a baby, all because her mother stole some parsley from a garden. She was forced to give away her first-born child, and she was locked in a tower her entire life. The Grimm Brothers Fairy Tale version of Rapunzel in 1857 gets darker. Rapunzel has never seen a man before, so she is seduced by the prince, and she becomes pregnant. The prince goes blind and wanders aimlessly through the forest, while Rapunzel gives birth to twins all alone. After going through hell and back, they eventually find each other again.

The original true story that inspired all of these versions of the fairy tale is the darkest one of all. Instead of an evil witch locking a beautiful girl in a tower, the captor was a girl’s own father, who was so controlling over his daughter’s life that it lead to her death.

The Life of Saint Barbara

In the year 1275 CE, a man named Jacobus de Voragine recorded a story of a young woman named Barbara who lived in Italy. She was a beautiful girl, and her father, Dioscorus, was a rich and powerful merchant. Just like today, one’s reputation had a lot to do with their success in business, so her father wanted to stick to the status quo and continue practicing the traditional pagan religion of Rome. He also knew that his daughter was very beautiful. Men were already lining up to meet her, and many of them were even princes. Dioscorus made a rule that men were not allowed to meet her unless they went through an interview process with him, first.

This made Barbara angry, and she had an argument with him, saying that she had free will, and wanted to choose the man she was going to marry. When he tried to give her options of men he thought were good suitors, she would turn them all down and refused to cooperate. Since his daughter was being rebellious, and he had to leave her alone while he traveled for work, Dioscorus decided to throw money at the problem. He believed that the solution was to hide Barbara away in a high tower, where she was never allowed to leave. That way, she would not even have the option of disobeying him and potentially falling in love with a man while he was away.

Since Barbara’s father was busy traveling and working as a merchant, he hired people from the town to construct the tower and deliver food and supplies to her. She lowered a basket down the side of the tower, and they would place the goods that she needed inside. One day, someone left her a book that explained what Christianity was. At the time, Christianity was the religious cult that the Romans were trying to prevent from taking over. Considering how little love and affection her father showed her, and the fact that she was so alone and isolated up in the tower, it is not surprising that she would be impressed by the Christian messages about God.

When the men came to do renovations on the tower, the men felt pity for her and would let her climb down to speak to them. While they were working on the tower, Barbara asked them to make three windows, instead of two. These windows represented the Father, Son, and Holy Spirit. They tried to say “no” because they knew it would make Dioscorus angry, but beautiful Barbara somehow convinced them to do it, anyway. While she was walking the grounds, she began to destroy her father’s pagan idols, because the Bible said that they were a sin.

One day, she even convinced the workers to send her a priest, who came to her under the guise of being a doctor to treat an illness. He baptized her, and she officially became a Christian. Today, a teenager wanting to become a Christian would make her seem like a goody-two-shoes, but at the time, it was the most rebellious thing a teenager could possibly do. She was fully aware that she was breaking the law, and it’s possible that she did it just to spite her father.

Dioscorus eventually returned home from his journey, he expected that his plan to shelter his daughter from the outside world had gone off without a hitch. Instead, he saw that Barbara had climbed out of the tower and destroyed all of his stuff, and she had joined an illegal religion. He was absolutely furious. At the time, practicing Christianity was a crime that was punishable by torture and death. Considering that someone must have given her the Christian books, the workers knew the intention behind the three windows, and her Baptism may have become public knowledge around town. At this point, Dioscorus was harboring a fugitive in his tower.

Even though Barbara was his daughter, Dioscorus handed her in to the authorities. We will never know if he truly was that heartless and cruel, or if he was given no choice but to obey the law and hand her in. He grabbed her by her long hair and dragged her to the Roman courts. When the judge asked her about her crimes, she shouted that she only answered to her Lord Jesus Christ. It was clear that she was guilty of being a Christian and evident that no matter what her father did to try to control her, she was not going to stop fighting for her free will. The people began to torture her. They cut her skin with knives, and threw salt in the wounds. They also burned her skin. When she was finally weak and near death, Dioscorus chopped his daughter’s head off with a sword.

After her death, Barbara became a martyr in the Eastern Orthodox Church, and she was canonized as a saint. Even if someone died defending the religion, there is a rule that no one can become a saint unless they performed a miracle. In the magical Christian version of this story, Barbara flew when her father was chasing her around with a sword, which is interesting, because if she could fly this whole time, why didn’t she escape sooner? When she was hiding, a shepherd in his field told Dioscorus where to find her, and apparently, he was turned to stone immediately for being a jerk. When they were torturing her, apparently Barbara covered in a comforting fog that prevented her from feeling any pain while she was tortured. Last but not least, there is a claim that lightning struck and killed Dioscorus immediately after he killed his daughter.

After reading the story of Saint Barbara, you may notice that something is missing. What about the long hair? Every painting of Barbara depicts her with long hair, but it is not long enough to drop from the tower and use as a rope, which is pretty much the most iconic part of the Rapunzel story.

In the Persian epic The Shahnameh, or “The Book of Kings” from the year 1000 CE, the book tells the origin stories of all of the men who would someday become royalty. In ancient Persia, two lovers used a tower as a secret hiding place. They were forbidden from being together, because they came from enemy countries, like Romeo and Juliet. The young woman, Rúdábeh, was very beautiful. She had very long and shiny black hair. She would run-up to the tower and drop her hair out of the window while she waited for her lover, a famous king and warrior named Zál. According to legend, he shone like silver, so some artists depict him with a head of premature silver hair.

The fact that Rúdábeh dropped her locks out of the window may have just been a signal to let Zál know that she was already in the tower waiting for him. Of course, the story was elaborated to say that her hair was so long, Zál could have used it as a rope to climb up and sneak into her bedroom. Thankfully, he brought his own rope, so there was no need to do that. Just like the Grimm Brothers version of Rapunzel, their passionate lovemaking ends up with Rúdábeh getting pregnant out of wedlock. To make matters worse, Rúdábeh was the daughter of a leader in Babylonia, and Zál was a Persian war hero.

As sworn enemies, their fathers would have never allowed them to get married. When her parents find out, they are really angry, but a fortune-teller makes it all okay by claiming that the unborn child was destined to achieve amazing things and even conquer the planet. Their baby ended up being so large, Rúdábeh was in excruciating pain when it was time for the delivery. According to the legend, Zál was given a magic feather that he could pass over his wife’s stomach and perform and cesarian section without using a knife. They gave birth to a son named Rostam. According to the legend, he ruled for 300 years fighting demons and going on some crazy epic adventures.

Pook Press – The History of Rapunzel

The Gamer – Disney: 25 Things About Tangled That Make No Sense

Ferdowsi – The Epic of Kings: Zal and Rudabeh

Bustle – 7 Parts Of ‘Rapunzel’ That Were Really Messed Up