For The Love of Christ: 3 Reasons Why The Shroud of Turin is Real

For The Love of Christ: 3 Reasons Why The Shroud of Turin is Real 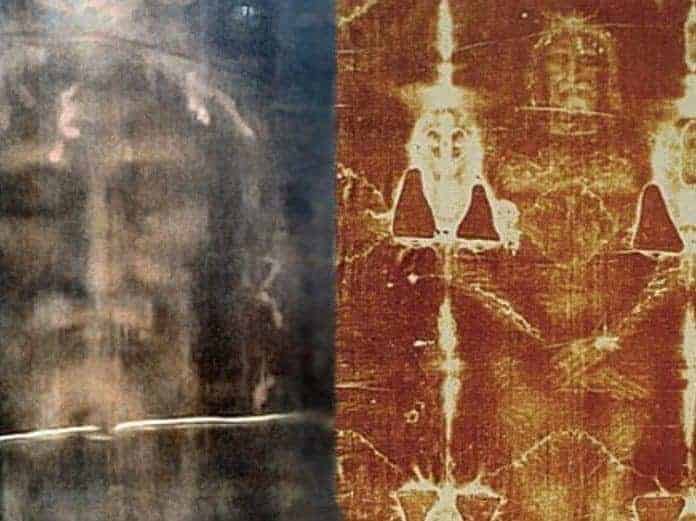 If there is one artifact from ancient times with the power to baffle and excite people to this day, it is the Shroud of Turin. Believed by millions of people to be the actual cloth that covered the dead body of Jesus Christ, it shows the clear image of a man recently crucified. But whether this age-old shroud is, in fact, a burial remanent from most famous death in all of history continue to mystify scientists, religious figures, and just about anyone who hears its story.

Despite the power of modern technology, the Shroud of Turin has withstood hundreds of tests, confounded endless studies, and forced naysayers to spend millions of dollars. But, shockingly, no one has ever reached the truth.

The Shroud has endured the test of time, traversing through centuries of life, and remains one of the compelling pieces of religious evidence in the ongoing discussion of Christ’s existence. Hidden away for centuries by the monarchy and the church, the artifact has not only weathered constant speculation, but it as managed to frustrate any researcher who dared test its veracity. And they have tried.

For those who believe, the Shroud is confirmation of everything they hold sacred, but for the skeptics, it is a constant source of irritation. One thing remains true, however, this ancient relic has the power to create dissent and fascination with equal measure.

The Shroud currently resides in the Cathedral of St. John the Baptist in Turin, Italy. Over the years, it has undergone many restorations to preserve it for further studies and is carefully protected in an airtight and temperature controlled case with bulletproof glass. To those caring for the Shroud, it is an artifact of immeasurable value and one of the few tangible items related to Christ. The case is regularly infused with oxygen and argon to prevent chemical changes and is never left unguarded. And for good reason. For the past 2,000 and some years, the Shroud has been the most hotly contested piece of religious material in the world. Below are three reasons why the Shroud of Turin may indeed be real.

The Shroud itself is a rectangular flax cloth about 14 feet by 4 feet and woven in a herringbone pattern and bearing the faint, brownish image of a man. On the front, the figure can be seen lying naked, his eyes closed, and his hands folded over his groin. He has a shaggy beard and mustache accompanied by shoulder-length hair parted down the middle. According to the image, the body of Christ was lean and athletic, standing anywhere from 5’7″ to 6’2″ in height. Because the savior’s body is thought to have moved through the material, it is believed to provide a negative, transparent image of what he looked like at the time, moments before departing to heaven.

For those looking to place the Shroud within a historical context, the Bible provides the first clue. As the authoritative text on the subject of Christ and his execution, it refers several times to precisely this kind of cloth used at the time of his death. Two specific Gospels in the holy book describe Christ’s body being wrapped in a linen cloth by Joseph before he was buried.

When Jesus’s tomb was opened later, the Apostle Peter apparently found several pieces of burial cloth at the site. According to the Bible, these shrouds were similar in appearance to what is now seen in Turin. Regardless of whether the book is, in fact, referring to the existing Shroud is unclear, but the knowledge that the linen sheet could have been present at the resurrection of Christ is enough to have a believer on their knees. And for scientists, it speaks to the possible truth of its authenticity.

As a holy relic, the Shroud has endured two distinct periods of time in history: the ancient unknown years before 1390 and the events that occurred afterward. Before 1390, documentation is scarce, primarily because it changed hands often between ruling parties and was purposefully hidden from the world. It was viewed as sacred and powerful proof of God’s existence and was considered far too precious to share with the masses.

During this time, those in charge of the Shroud would bring it out only during times they hoped to influence the populace or raise money for a religious cause. There were reports around Europe of having seen the hood of Jesus or some such, but there was not much else to report—just rumor. But when a French Bishop claimed the artifact to be an outright forgery, people began to take notice of the Shroud and pursue its inspection to satisfy their own curiosity.