Horrifying Vintage Photographs of Clowns That Will Give You Nightmares 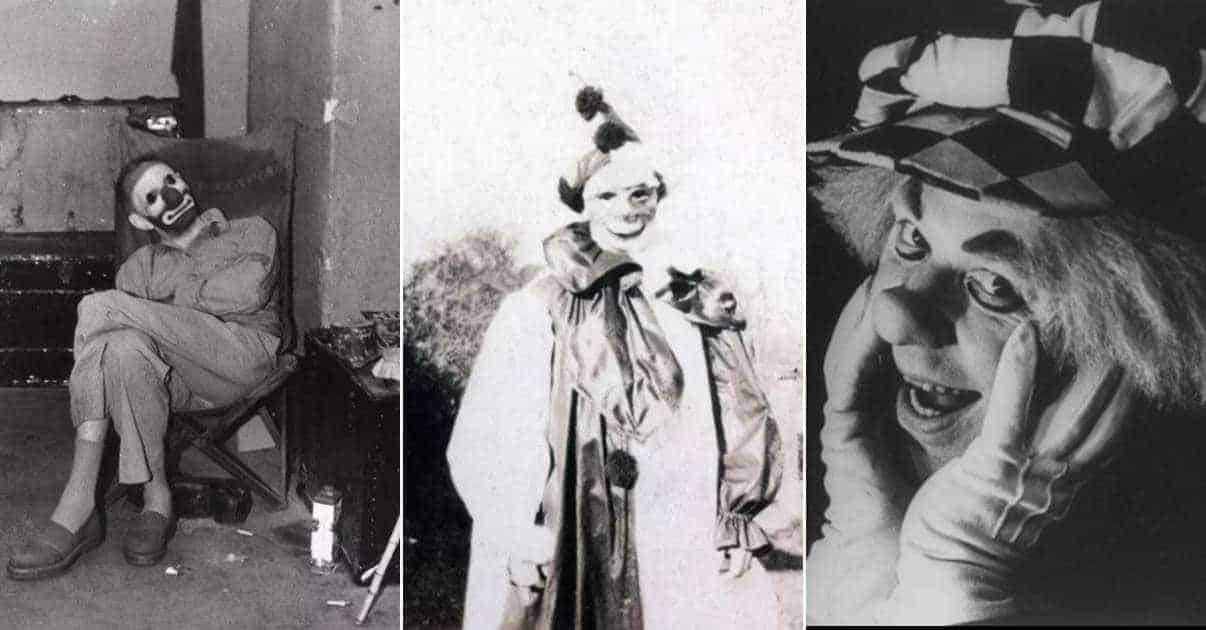 Horrifying Vintage Photographs of Clowns That Will Give You Nightmares

Clowns are terrifying. No two ways about it. There is something unearthly about the fact that clowns are always smiling. It’s impossible to see behind the mask. Facial recognition is a crucial function of human behavior. When we can’t read their emotions we feel discord.

Clowns are unknowable. Clowns are abstract creatures, brought to life. They are impossible to categorize and give us anxiety because they shouldn’t exist…but they do.

“In the textbook titled New Ideas in Psychology, researcher Francis McAndrew conducted a study, explaining different stimuli that constitute “creepiness.” He defines being “creeped out” as feeling slightly threatened but not enough to run away.” One is forced to wallow in this sense of discomfort and unease while being around the object of our discomfort because you are ignoring your natural instincts to run away due to politeness.

In 1919, Sigmund Freud, in his publication “The Uncanny,” surmises that we are frightened by what is familiar and yet unfamiliar at the same time. Clowns have similar features to humans: mouths, noses, ears, hands, feet, and hair. The problem is that their features are exaggerated: giant shoes, huge mouths, ghastly white faces, and big, red noses. These differences are at odds with the similar features to humans that clowns have. Leaving discomfort and fear.