This Day In Histroy: The Battles of the Frontiers Continued (1914) 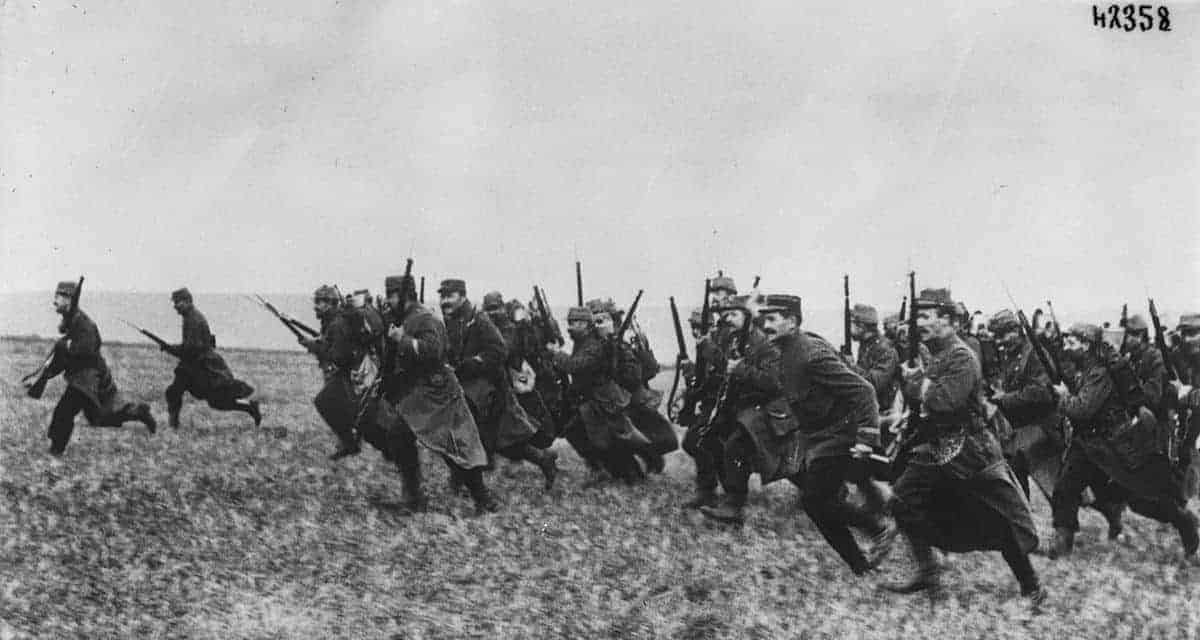 This Day In Histroy: The Battles of the Frontiers Continued (1914)

On this day in history, two of the so-called battles of the Frontiers were fought between the French and the Germans. When war, was declared between Germany and France and later Britain, the allies went on the offensive in August 1914. French troops crossed the border in Alsace-Lorraine, which had once been part of France. A series of battles were fought between France and Germany, with the French achieving some notable success such as the capture of several large towns and cities . The Germans then invaded France through Belgium and this transformed the situation on the western front. They swiftly occupied most of Belgium and they advanced into France. This forced many French divisions which had been stationed on the eastern border with Germany to retreat. This came to be known as the Great Retreat.

This period saw the series of battles known as the Battles of the Frontiers. The first battle occured in Alsace- Lorraine and was a German victory. On this date in history, two of the so-called battle of the Frontiers was fought. Two battles were fought on the same day. One at Charleoi and the other in the foothills of the Ardennes near the Belgian border. The fourth battle of the Frontiers was the battle at Mons, that took place some days later. They was mostly a battle between the BEF and the Imperial German army.

These battles were all defeats for the allies. The French were convinced that their bravey would carry the day. their generals ordered wave upon waves on infantry charges and these resulted in high casualties and the Germans usually stood firm. The French were forced to retreat from both the battlefield at Charleroi and the Ardennes.

The British fought with the advancing Germans at the Battle of Mons here they attempted to hold a defensive line at a canal. However, the British were like the French defeated. The battles of the Frontiers were a series of bloody defeats for the allies and it looked that they would face defeat. The Russian invasion of East Prussia would provide them with some relief and the Germans had to withdraw some forces from the western front to the east. By the end of August, the British and the French had been forced by the Germans to a very miles of Paris.

However, the British and the French were able to retrieve the situation at the battle of the Marne. The situation was critical for Paris. The governor of Paris was ordered to prepare the defences of the city. Parisians dug trenches and defences were built. Thousands of Parisians began to stream out of the city as refugees. If Paris was to fall to the Germans’, then their victory was almost certain. Indeed the BEF commander asked London for permission to evacuate his troops from France, so perilous was the situation. However, inspired by Field Marshal Foch the French were able to defeat the Germans at the Marne.

They secured a victory by cleverly using automobiles (including taxis) to drive troops to the front. This was the first time that the automobile had been used in a major battle and they proved decisive.