This Day In Histroy: The Battle of Peachtree Creek in the American Civil War took place (1864)

This Day In Histroy: The Battle of Peachtree Creek in the American Civil War took place (1864) 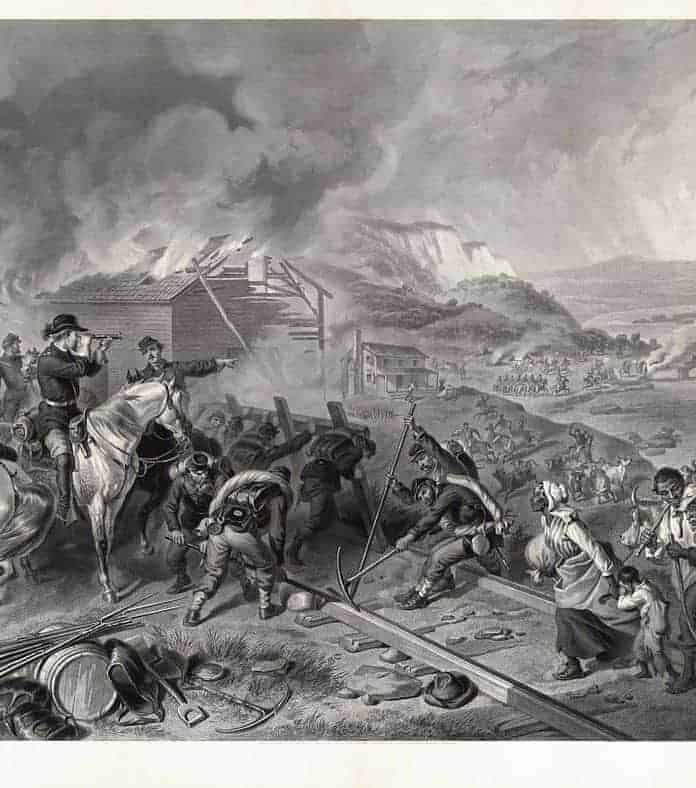 On this day, in history, General Hood’s Confederate force of infantry and cavalry attacked Sherman’s troops outside of Atlanta, Georgia. This resulted in the Battle of Peachtree Creek. It was an effort to halt Sherman’s march to the sea and Sherman’s efforts to cut the Confederacy in two.Hood had just been appointed as head of the Army of Tennessee and had only just relieved Johnston. The Confederate troops had been forced back to Atalanta and it seemed that they would be encircled.Sherman had pushed Johnston southward from Chattanooga, Tennessee,  and Johnston had been forced on the back-foot. The Confederate Prsident Davis finally lost faith with Johnston and replaced him with a more aggressive commander.Hood immediately went on the offensive and he planned a counter-attack. He attacked the army of Sherman as it crossed Peachtree Creek. The water was deep for a creek and the Confederates had destroyed all the bridges and the Union troops had to ford the river.Hood suspected that the Yankees were most vulnerable when only part of their force was across the creek so he launched an attack as they were in the middle of fording the river.

After three hours,  the battle was over and many Confederate troops lay dead. Their losses were heavy and they lost many men that they could not replace. Sherman was able to continue with his advance almost immediately and the battle did not really even impede his march to Atalanta, his prime objective. The Confederate General planned another attack and he soon attacked Sherman at the Battle of Atlanta. This was also another defeat for Hood and it soon became apparent that Atlanta was doomed and that the Confederates wee facing defeat in the war