This Day In History: The US Wins The Battle of Cape Esperance (1942) 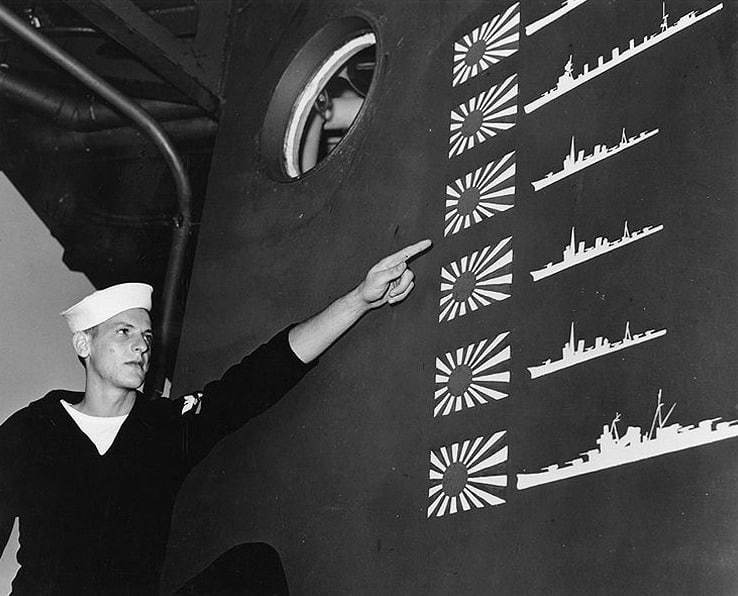 This Day In History: The US Wins The Battle of Cape Esperance (1942)

On this date during WWII in 1942, the US Navy intercepts a Japanese flotilla on their way to reinforce troops on Guadalcanal. The US achieved complete tactical surprise and scored a notable victory over the Japanese Imperial Navy.

The battle for Guadalcanal had begun in August 1942, when the US Marines, backed by army units invaded the strategic island in what was the first stage in the US island-hopping campaign. The fighting on the island was fierce and the Japanese refused to give an inch and much of the fighting was brutal hand to hand fighting. Entire Japanese regiments fought to the death and the American marines suffered heavy casualties. Even as the US Marine Corps made gains, they could not secure the entire island because of Japanese air and naval attacks. These attacks were very effective and inflicted heavy casualties and destroyed the Marines and Army Units supplies. The Japanese decided to send a relief force to the island by sea. However, before they could read Guadalcanal they were engaged by the US navy.

They two fleets fought each other off the Cape of Esperance off the northern coast of Guadalcanal. The battle was fought by night and this possibly gave the Americans an advantage. The Japanese had deliberately decided to send the relief force at night in order to evade the American air force. The US navy intercepted the Japanese and they focused their attacks on a Japanese cruiser. If this was allowed to come within range of the Marines’ it could have turned the tide of battle on the island. The Americans caught the Japanese completely by surprise.

They managed to sink a Japanese cruiser, two destroyers and a frigate in the battle. Many Japanese sailors survived the sinking of their ships and hundreds of them made it into the water. However, they refused to accept the help of the Americans as this would have meant that they would have become POWs, which was unthinkable to them. Many of the sailors drowned or were eaten alive by the many sharks in those waters. The Americans also suffered heavy casualties even though they did not lose any ships. Some 48 sailors were killed on the US destroyer Duncan after it was caught in the crossfire between Japanese and American ships. More men were lost when an American ship turned on a search light and this allowed the Japanese to fire upon that ship. In total about 100 sailors were killed on the ship because of the simple mistake of turning on a search light. The battle was a victory for the Americans but it was not the end of the battle of Guadalcanal, as there were some smaller Japanese attempts to reinforce the island but they largely failed to reach the island. The Japanese soldiers on the island fought on with suicidal bravery and it was only at the end of 1942 that the Americans were able to secure all of Guadalcanal.