This Day In History: The US Detonates The World's First H-Bomb Test (1952) 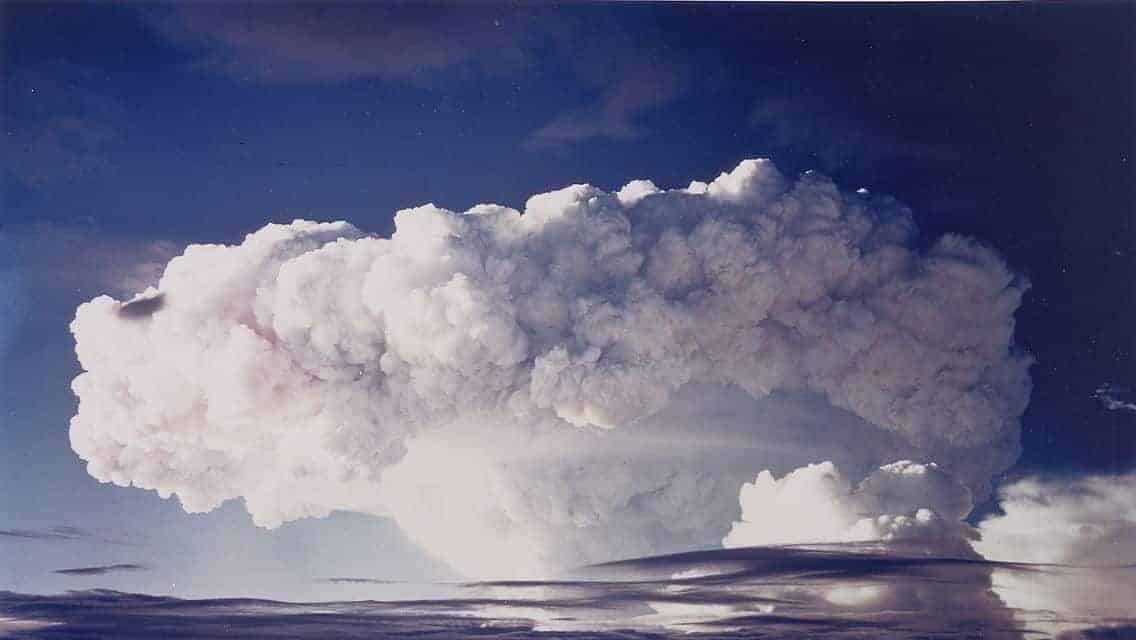 This Day In History: The US Detonates The World’s First H-Bomb Test (1952)

On this date in history, the US took the lead in the nuclear arms race during the Cold War. The United States detonates the world’s first thermonuclear device or the hydrogen bomb on a tiny atoll in the South Pacific. The test was a sensation at the time and it seemed to give the United States a decisive advantage in the Cold War. The news of the successful test was regarded as something of a triumph in Washington. Many Americans had been shocked by the successful test of an atomic bomb by the Soviet Union in 1949. This persuaded many in the Washington establishment to develop a bigger and a better weapon. The idea of a thermonuclear device had been first mooted in the early days of WWII. The idea of a thermonuclear fusion bomb that was a ignited by a smaller fission bomb was first proposed by the Italian physicist Enrico Fermi to his colleague Edward Teller in 1941. Teller was to be one of the driving forces behind the development of the hydrogen bomb. He took Fermi’s theoretical ideas and tried to turn them into a working nuclear weapon. It took Teller almost ten years to perfect the design and he was assisted by many brilliant scientists. Chief among them was Stanislaw Ulam, who helped to design the all-important mechanism of the weapon. On this day in history, the first thermonuclear weapon was detonated. The device, known as the Sausage, because of its shape, employed an extra-large fission bomb to ignite the explosion. The weapon was huge and it weighed several tons and it took several years to miniaturize it, show that it could be deployed on a missile.

The hydrogen bomb, developed by the Americans involved a chain of nuclear detonations and it was up to 46 times more powerful than the A-bomb. The development of the H-bomb was very controversial and many opposed it as it would only lead to the Soviet’s developing their own version of the bomb and this would only heighten the risk of a nuclear war that would annihilate modern civilization. The United States had failed to realize that the Soviets were making real progress on their own H-bomb. The first Soviet H-bomb was designed by Andrei Sakharov and Vitaly Ginzburg in 1949 and was known as the Sloika, after a popular Russian cake and was based on a very different design to the American weapon. Later Sakharov would become a leading Soviet dissident.

In the following year, 1953, the Soviets perfected their own thermonuclear device and detonated it in the Republic of Kazakhstan. The nuclear arms race had entered a new and dangerous phase. By the 1980s several countries had managed to test an H-bomb including China and Israel. The stockpile of H-Bombs held by the US and the Russian Federation is now well below the levels seen in the 1980s.