This Day In History: Tom Horn, Notorious Killer in the Old West Was Born (1860) 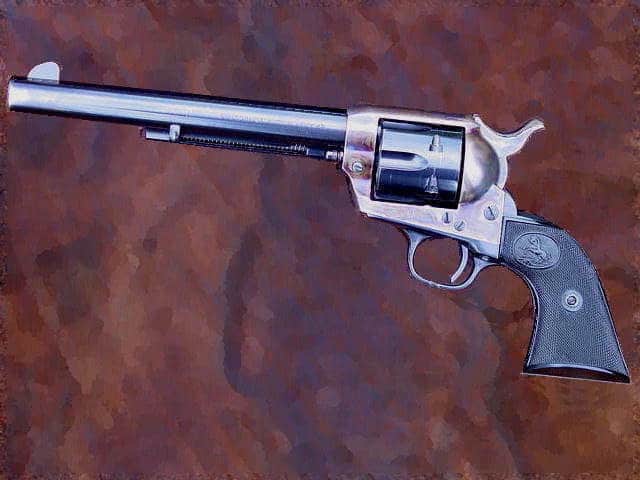 This Day In History: Tom Horn, Notorious Killer in the Old West Was Born (1860)

On this day in history, the notorious killer Tom Horn was born in 1860. Horn was a natural born killer. He reportedly said that killing was his business and he looked on it as a profession. He once joked that he had cornered the market when it came to killing people.

Horn was born on a small farm, in Tennessee and here he learned how to shot a gun and soon he became an expert marksman. Horn was an unusually fine shot. His father was a stern figure who frequently beat the young Tom Horn. This may account for some of his later cruel and anti-social behavior. The young Tom soon ran away from the abuse and he made his way to the frontier, at the age of 14. At first, the young Tom worked as a teamster and here he met many Indians and soon learned their language and they also taught him how to live in the wilderness and how to track. These were to serve Horn well in his later career. Because of his knowledge of the Indians and their language, he became a scout for the US cavalry. He was involved in the famous campaign against Geronimo and the Apaches.

Horn became a hired gunman when he joined the well-known Pinkerton Agency, based in Chicago. The Pinkerton’s were used to guard the wealthy and were a private police force for the rich. The detectives were not hired killers but they were often involved in gun battles. They became infamous for their gun battles with striking miners and train workers in the 1870s and 1880s.

Horn worked for four years for the Pinkertons and he impressed many with his abilities. He was later recruited by a well-known rancher in Wyoming. He and other ranchers came together to fund Horn and they paid him to assassinate the local rustlers. Horn carried out his tasks with real vigor and killed many robbers and other criminals. Horn became a feared killer and on one occasion he killed a man from 300 feet away.

Soon Horn was a much sought after gunman and ranchers were eager to hire him all over the West. For the next few years, Horn roamed the Old West as a gun for hire. No one knows how many men he killed. Not all of his victims were rustlers and thieves, some were farmers in a dispute with big ranchers. Horn did not care. Horn killed at least 17 people and maybe more.

Horn’s reign of terror ended in 1903 when he was hanged for killing a 14-year-old boy. The young boy was possibly mistaken for his father who was suspected of being a rustler and was involved in a land dispute with a local rancher. Horn denied the murder and always protested his innocence. Many believe that he did kill the boy and that Horn deserved to die, but some believe that Horn was wrongfully convicted and hanged.