This Day In History: Stalin Orders The Defenders Of Stalingrad to Fight On (1942) 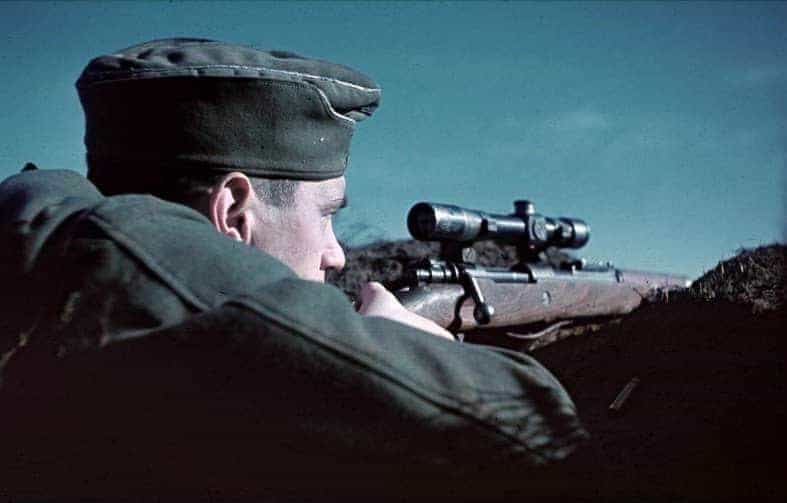 This Day In History: Stalin Orders The Defenders Of Stalingrad to Fight On (1942)

On this day in 1942, Stalin, the dictator of the Soviet Union, sends a message to his troops fighting at Stalingrad. He exhorts the men and the women on the battlefield to fight until victory was achieved. He even ordered them to go on the attack and demanded that ‘ the part of Stalingrad which has been captured must be liberated.”

Hitler had launched an offensive aimed at Southern Russia, the primary, target of the offensive was the oil fields in the southern Caucasus. The German’s swept into the region and penetrated deep into the Caucasus and managed to take much of the area. However, before they had reached the oil fields, parts of the German army were ordered to attack Stalingrad. Hitler was obsessed with the idea of capturing the city that was named after Stalin. He believed that if it fell that he would score a great symbolic and psychological victory over the Communists. Stalingrad was also of genuine strategic significance as it was a key communications point linking central and southern Russia. If Hitler had taken it then southern Russia would be detached from the rest of the country and this would allow the Nazis to capture the entire region and especially the oil fields, which were desperately needed by the German war machine for their tanks.

Stalin’s words did much to inspire the Russians to fight. Everyone from local factory workers to the more than 150,000 Soviet soldiers that poured into Stalingrad fought with great courage. The German attack on the city was fierce and despite sustaining heavy casualties the Russians fought on and often choose death than surrender. The entire city was turned into a battlefield and the Germans had to fight from building to building. Russian snipers, many of them women inflicted heavy casualties on the Germans. The snipers, in particular, targeted officers in an effort to leave German units leaderless. The Russians also laid many mines in the buildings. The Germans bombed the city by night and day and reduced much of it to rubbles. This was often counter-productive and the rubble of the ruined city provided excellent defensive cover for the Russian defenders in Stalingrad.

Stalin’s appeal to Russian patriotism was very successful. After the German invasion he had changed tactics and rather than call on people to fight for Communism, he urged people to fight for ‘Mother Russia’. As part of his strategy to harness Russian patriotism, he eased restrictions on the Russian Orthodox Church. This proved to be a masterstroke by the Communist dictator and it inspired many ordinary Russians to fight the Germans with great determination and bravery.