This Day In History: Stalin Issues An Order Forbidding Retreat (1942) 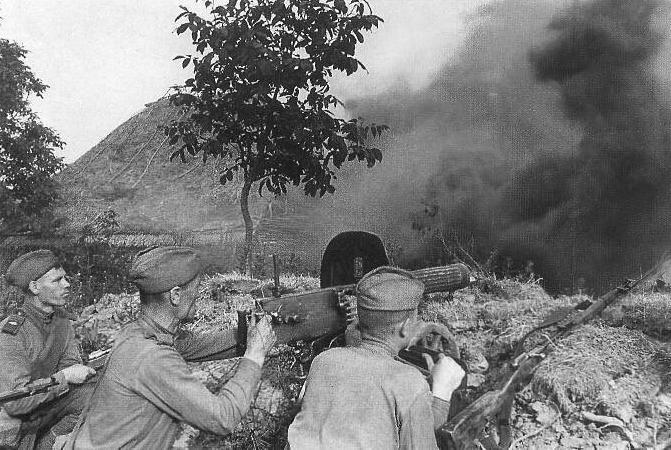 This Day In History: Stalin Issues An Order Forbidding Retreat (1942)

On this day in history in 1942, Joseph Stalin, the leader of the Soviet Union, issues one of the most remarkable orders of WWII. This was Order No. 227, and this became known as the “Not one step backward. In effect, it ordered Soviet soldiers and officers to stand their ground and not to retreat. The order declared,

In 19432, the Soviets had managed to beat back many of the German assaults. Indeed they had just defeated the Germans before the gates of Moscow. Stalin’s forces were becoming increasingly assertive. After victories like Moscow, it became increasingly likely that Stalin would lead the Red Army to victory. However, Stalin did not want to his men to relent or to give any ground. Stalin also expected a series of great German offensives in the coming months. The Soviet High Command believed that the war could last for several more years. This belief that there would be a long war prompted the Soviets, and Stalin to ensure that there was no repeat of the catastrophes of 1941.

In the weeks and months following the invasion of Russia, that the Soviet army had almost disintegrated and collapsed.

Stalin needed to “motivate” both officers and civilians alike in their defense the Russian motherland and this was the reason why he introduced Order No. 227.

However, the Soviets did not need to be motivated to resist Germans. Such was their hatred of the Germans that they attacked them whenever they could. For example, in early 1942 Russian peasants and partisans in the Leningrad region killed a German official, Adolf Beck. Many Soviet citizens cut off behind German lines joined the Partisans. Furthermore, the average Soviet soldier was very brave and willing to die for the Motherland.

However, this did not stop Stalin from issuing the Order. Those who did retreat or gave up their positions were to be stripped of their rank, sent to the gulag or even summarily executed. The order came into immediate effect and it was enforced by the officers and especially the commissars’. The commissars were the representatives of the Communist Party in the Soviet army. They were fanatical in their devotion to Stain and they ensured that the Order was carried out.

It is not known how many were imprisoned or executed because of the Order of Stalin. Very interestingly, Hitler had also issued a similar order to German troops.