This Day In History: The Soviets Break The Nazi Siege of Leningrad (1944) 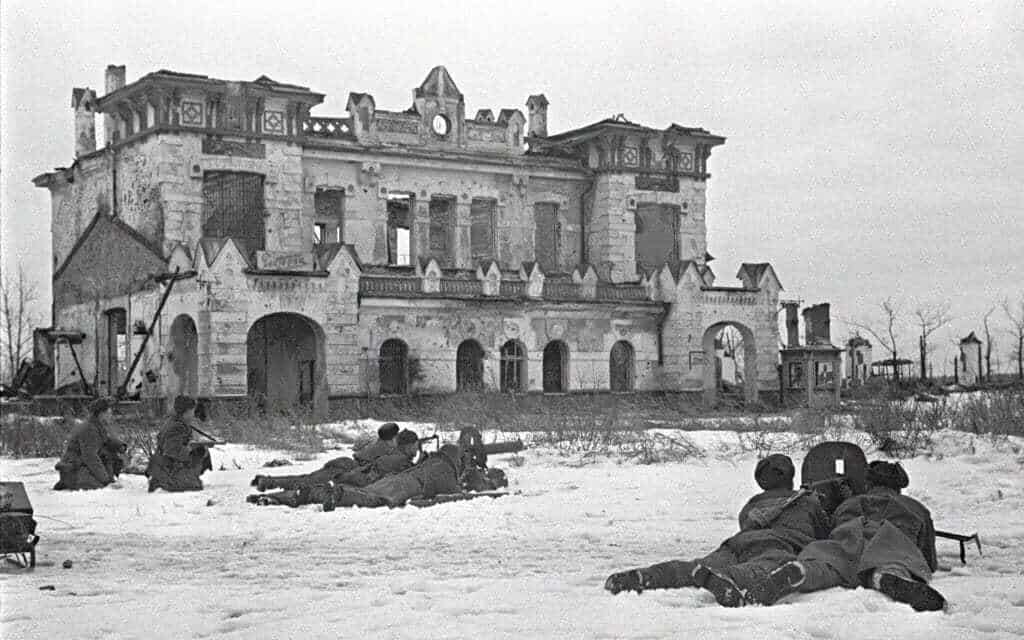 This Day In History: The Soviets Break The Nazi Siege of Leningrad (1944)

On this day in 1944, the Red Army permanently broke the siege of the Soviet Union’s second larges city. The siege began in 1941, not long after the German invasion of the Soviet Union during Operation Barbarossa. The siege began on September 8, 1941 when the Germans failed to take the city in a surprise attack. The citizens of Leningrad (now known as St. Petersburg) had built massive anti-tank fortifications and a network of trenches that frustrated the Nazis as they attempted to seize their city. Another factor in the Nazis’ failure to seize the city was that the Finns, who were allies with the Nazis, did not fully participate in the initial attack on the city. Hitler then ordered that Leningrad was to be starved into submission.

The German Army Group North cut the city off from the rest of the Soviet Union and blockaded the city. The Germans also bombarded the city almost continuously. The Nazi high command was reluctant to attack the city directly because they knew that would result in intense street fighting. Leningrad was able to withstand the German siege because of the bravery of its citizens and defenders. This prevented Leningrad falling to the Nazis, like so many other Soviet cities. In the first full year of the siege, it is believed at least half a million people died in the city; the majority of these died from disease, exposure, and starvation.

Leningrad might have fallen to the Germans but the city was helped by occasional supply deliveries. In the summer, the Soviets used barges to transport supplies across Lake Ladoga. In the winter, motorized sleds traveled across the frozen lake to supply the city. The citizens of Leningrad adapted very successfully, and any open space in the city was turned into a vegetable plot to grow food.

However, by the winter of 1942-43, it seemed that the city was on the verge of collapse. Fortunately, the Soviets attacked the German lines and were able to open up a narrow corridor to the city in January 1943. This corridor became the city’s lifeline.

In early January 1944, the Soviets launched an attack, called the Leningrad-Novgorod Strategic Offensive, that aimed to lift the siege. It took the Soviets almost two weeks of fighting to break through the German lines that were encircling the city. The Germans were forced to retreated to the west into the Baltic states and Finland.