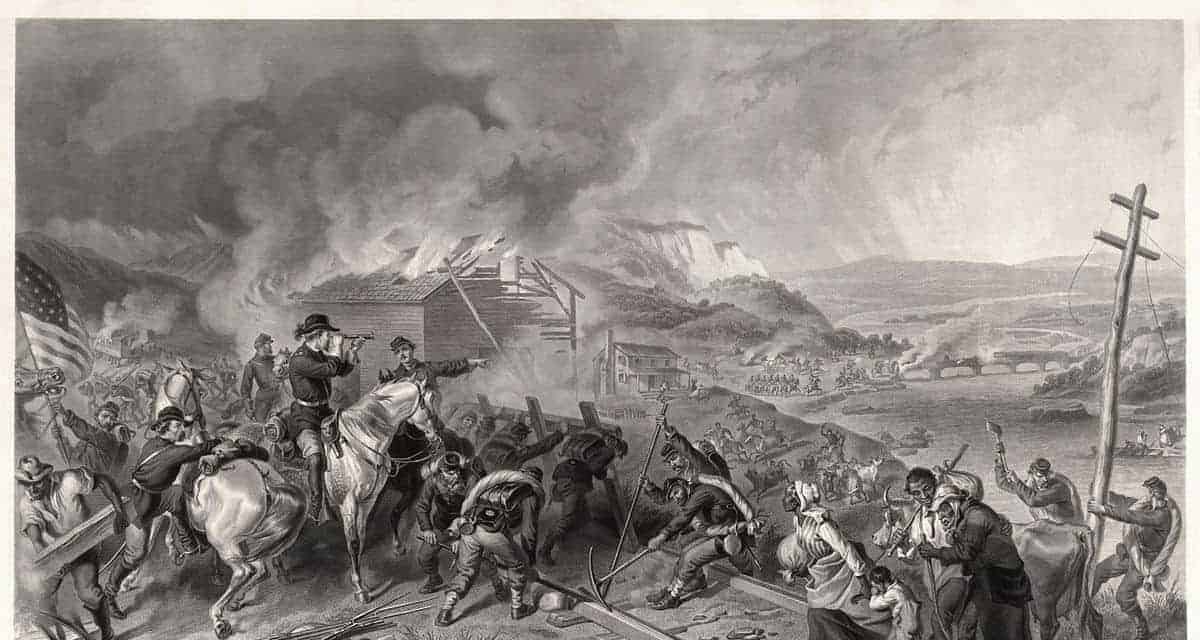 On this day, during the American Civil War in 1864, the Union army scored a notable victory. The Union General William T. Sherman and his army captured the city of Savannah, Georgia. Sherman captured the city just before Christmas. Sherman had developed a strategy that sought to divide the Confederacy in two and to deny it access to the sea. The Confederacy was dependent on imports of guns and munitions and also exported cotton in order to earn foreign currency. Sherman’s army aim was to seize key Southern ports in order to end the Confederates ability to wage war.

Savannah had been one of the last major ports that had remained in the hands of the Confederates. After it was captured by Sherman the Confederates had very few ports left in their possession and this together with the Union naval blockade meant that the south was virtually cut off from the outside world. This meant that its ability to secure the finance and the arms it needed to continue the war were increasingly in short supply. In this way, Sherman and President Lincoln believed that they could shorten the war and even bring it to a swift conclusion.

Sherman had captured Atlanta in the Fall of 1864, and it was regarded as a great achievement and a blow to the Confederacy. However, he did not stay for long as the Confederates had many men in the area and they were led by formidable generals such as John Bell Hood. The ‘Rebels’ also had a large force of cavalry in the area under the command of the legendary Nathan Bedford Forrest. The cavalry of Forrest could easily cut off the supply lines of Sherman and this would leave the Union army in Atlanta very exposed. Sherman was a bold leader and he reacted to the challenges facing him in a typically bold manner. He divided his forces, something that is against orthodox military thinking and ordered some of his units to go back to Nashville. He took command of a smaller part of his army and advanced across Georgia. During this advance, the Union destroyed anything that they could find and this undermined the South’s ability to carry-on the war. Sherman’s intent was to wreck the morale of the southerners and in this way to end the war.

For six weeks nothing was heard of Sherman’s army and this caused great concern in Washington D.C. After an anxious wait, there was some good news, when it was confirmed, that Sherman’s army was in Savannah and that the port was captured. One of Sherman’s senior officer’s was carried by a Union warship to Washington and he delivered the message in person that the army had captured Savannah. The officer also told Lincoln that Sherman was giving Savannah as an early Christmas to the President. Sherman captured 150 pieces of artillery and tons of cotton in the Georgian port.