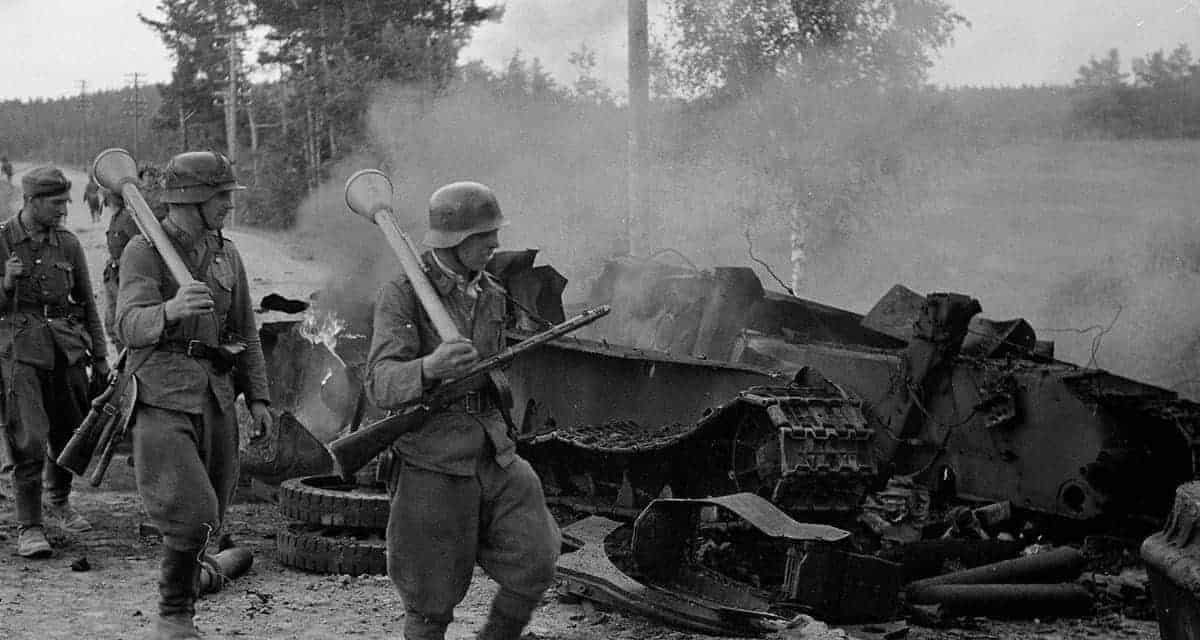 On this day in 1944, the army of the Soviet Union penetrates into East Karelia, in Finland, as it attempted to gain back control of territory that had already been ceded to it when Finland became independent of Russian in 1918.

The Soviets and the Finns had fought a war in 1939. This war was ended by the Treaty of Moscow in 1940. According to the terms of the Treaty , Finland was forced to surrender parts of its southern territory, including the Karelian Isthmus, to the Soviet Union. This region was very important for the Soviet Union as it was an important buffer zone for Leningrad.

Finland helped the Germans to invade the Soviet Union in 1941. The government under General Mannerheim allowed German divisions to enter the country and to launch an attack on Leningrad. However, the Finns were not formally allied to the Germans, but some of their units did fight alongside the Germans. As the Germans had some initial success the Finns became the allies of the Nazis. Finland pursued the “War of Continuation” and it fought to win back the large parts of the territory it had relinquished to Moscow under the terms of the 1940 treaty.

However, in 1941 the German advance on Moscow was halted and in the winter of 1942-1943, they were decisively defeated at Stalingrad.

However as Germany suffered setback after setback on the Eastern Front, and the Allies continued bombing runs in the Balkans, using Russia as part of its “shuttle” strategy. Some Allied air raids actually targeted Finnish sites. The western Allies had come to regard the Finns as their enemies. Finland began to panic because they foresaw a German defeat. The Helsinki government made overtures to Stalin about a truce and ultimately about signing an armistice. However, Moscow, was in no mood to grant the Finns anything and they demanded the unconditional surrender of the Finns and the removal of all German forces from the country. The Finns were in an almost impossible situation.

By June 9, the Red Army was once again in the East Karelia, after they had ended the siege of Leningrad. The Soviet supreme leader Stalin was in no mood to negotiate. Many believed in Finland that he wanted to impose a Communist government on the country and they feared for their independence. Finland turned back to its ally Germany, which despite everything promised continued support to the Finns against the Red Army. A change in Finnish government resulted in a change of policy. In the end, Finland finally signed an armistice that gave Stalin and the Soviets all that they demanded.

The Finns had to return all Soviet territory and ceded much of Karelia. The also agreed to expel all German forces from the country. However, the Germans refused to leave and this meant that battles wee fought between the Nazi and Soviet army on Finnish soil. After the end of the war, the Finns secured their independence but they lost forever East Karelia.