On This Day In History: Mussolini's Italy Invades Greece (1940) 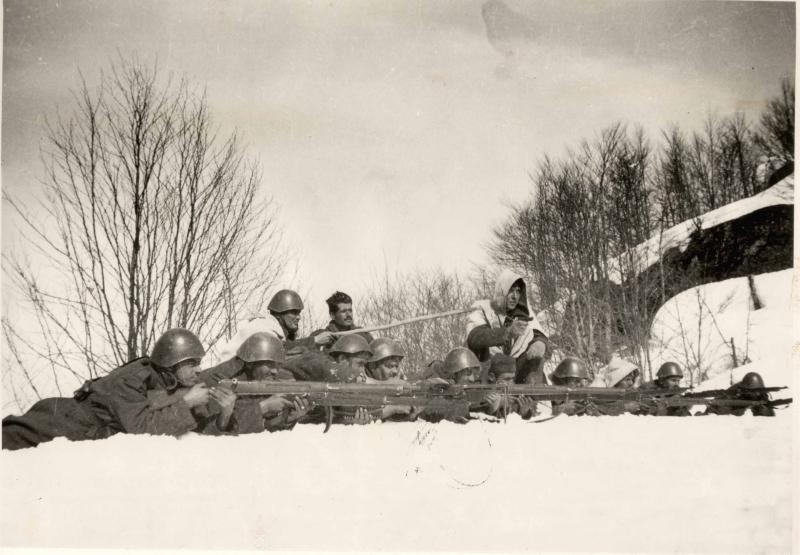 On This Day In History: Mussolini’s Italy Invades Greece (1940)

On this day in 1940, Fascist Italy invaded Greece. Mussolini’s army, already occupying Albania, invaded Greece, expecting an easy victory and to emulate the victories of Germany elsewhere in Europe. The Italian invasion was to prove a disaster and a personal humiliation for Mussolini.

The Italian invasion of Greece surprised Europe and even Italy’s ally Nazi Germany. Mussolini had not indicated to Hitler that he planned to invade Greece. Indeed Mussolini had indicated that he had no interest in invading Greece and respected it neutrality.

After hearing of the Italian invasion Hitler denounced it as a strategic blunder and believed that the Italian army could not achieve its objectives. Mussolini had not only surprised his Germany allies but even his own army chiefs. They only learned of the invasion when they were told that Italian units had crossed the border into Greece. It seemed that Mussolini was swayed by a small pro-war faction who had a vested interest in the war.

In fact, the Italian army was totally unprepared for a major military offensive. Moreover, Greece is a very mountainous country and that such a landscape would benefit the defenders. The weather was unsuitable for any offensive as the Autumn rains would bog down the mechanized units of the army.

However, Mussolini, never short of confidence decided to embark on the invasion. He believed that the unpreparedness of the Italian army was not that important. Il Duce had secretly stashed away huge sums of money and gold to bribe Greek generals and politicians. He would pay the Greeks not to resist the invasion and in this way, his army would simply march into the country without significant fighting. Mussolini was very wrong as it appears that much of the money that was to be given to the Greek generals and ministers was never distributed. Fascist agents were responsible for distributing the funds to the Greeks but they may have stolen it. When the Italian forces, some 140,000 troops crossed the border they faced stiff Greek resistance. The Greeks had reinforced their border and were well dug in and they easily beat back the initial Italian attack. There was bitter fighting during the winter and when the Greeks captured a key pass they were able to seize the initiative. The Italian Divisions after only a week they were driven back into Albania. The Greeks went on the offensive and they captured approximately a quarter of Albania. Mussolini was humiliated. There was an Italian offensive in the Spring of 1941 but this too failed and by then it was apparent that Mussolini had badly misjudged the situation. In the Spring of 1941 the Germans invaded Greece from Yugoslavia and soon overran the Greek army and occupied Athens.