This Day In History: Magellan Reaches The Pacific (1520) 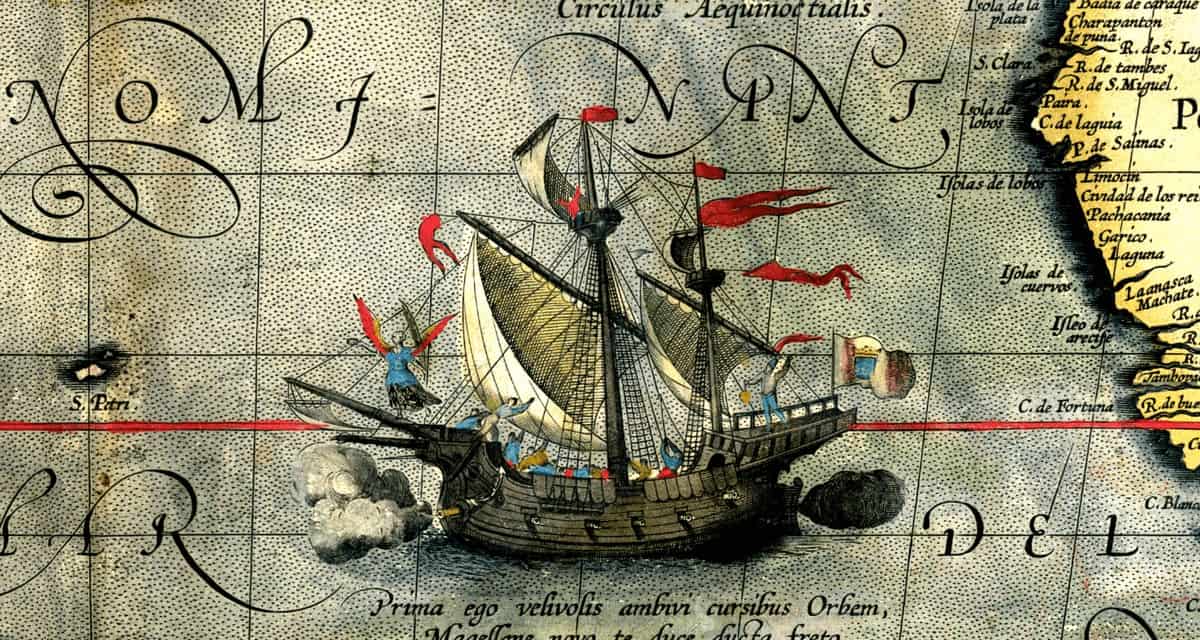 This Day In History: Magellan Reaches The Pacific (1520)

In September 1519, Magellan set sail from Spain in an effort to find a western sea route to the east and the fabled Spice Islands. Magellan led a flotilla of five ships, manned by 270 men. He first sailed to the West coast of Africa, then crossed the Atlantic to Brazil and then sailed down the western coast of Latin America. He came to the River Plate estuary and explored it as he believed that it could provide a route east. Realizing that it was only a large river he sailed further south to Patagonia. Here he set up winter quarters in Port St Julian.

The winter was very hard and supplies ran low. On Easter Sunday, the captains mutinied. They disliked Magellan who was a Portuguese. Magellan was able to secure the support of the men and he was able to crush the revolt. He hung the ringleader and marooned another on an island. On October 22nd he discovered the strait. This is now known as the Strait of Magellan in his honor. Only three of his ships were by now seaworthy. Magellan entered the straits and for 38 days he tried to navigate the treacherous and stormy waters at the southern tip of Latin America. On this date in history, Magellan and his crews first spotted the waters of what would later be known as the Pacific Ocean. 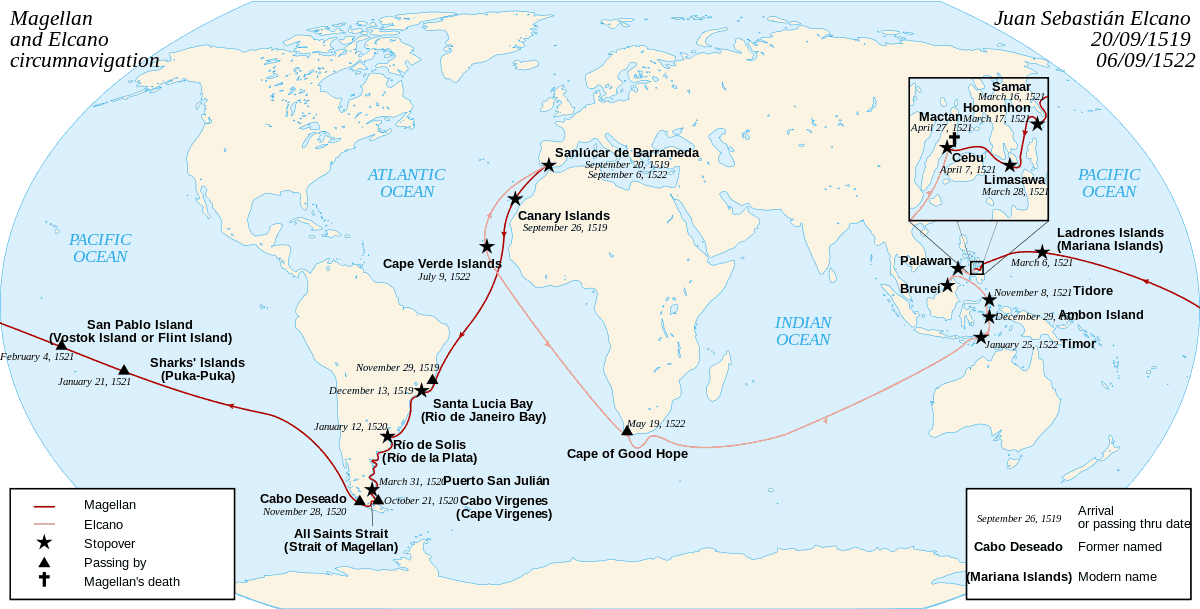 At first sight of the straits, Magellan had wept for joy. He ordered his three remaining ships to sail west and for 99 days he was able to navigate his ships west. He did not have any maps to help him and he had to rely on his very considerable navigational skills. Magellan named the ocean the Pacific because it was so still and calm. The word Pacific originates in the Latin word for calm and tranquillity. The men suffered greatly during this part of the expedition and they starved. Indeed many became so hungry that they ate their own shoe leather. Magellan was lucky to reach the island of Guam before another mutiny broke out. After getting some supplies on the island, Magellan then sailed west in search of Spice Island.

The Spice Islands are located in modern Indonesia and supplied Europe with many precious species such as nutmeg. At this time in Europe, spices were almost worth their weight in gold. Magellan reached the southern Philippine island of Cebu and became involved in a local chief’s war after he offered to convert to Christianity, in return for some military aid. During the fighting, Magellan was hit by a poisoned arrow and he died. His crew left him where he lay and his body was never retrieved.

After Magellan’s death, a Basque Navigator by the name of de Elcano took command of the remaining ships. He was able to reach the Spice Island and loaded the remaining ships with spices. Here one ship decided to return to Europe by the Pacific but was later wrecked. However, de Elcano persuaded one crew to travel across the Indian Ocean and round the Cape of Good Hope. The ship managed to reach a Spanish port in September 1522. De Elecano had completed the circumnavigation of the globe. Only a handful of men survived the three-year expedition. Out of the original 270 who left, only some thirty survived and returned home.