This Day In History: Jews Battle the SS In Warsaw Ghetto (1943) 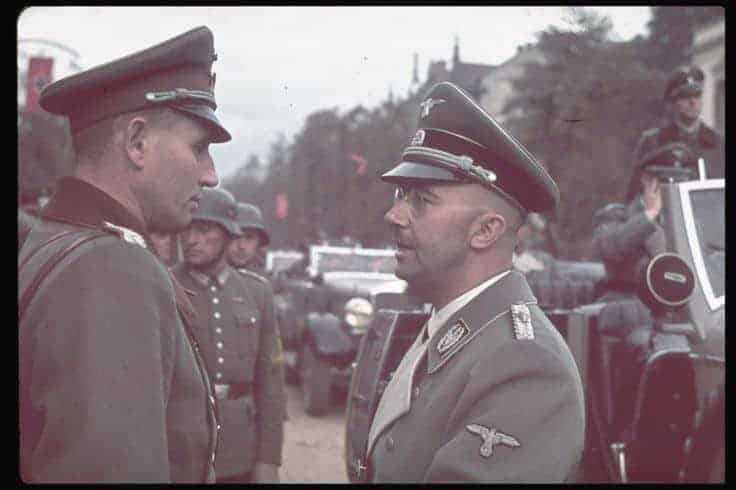 This Day In History: Jews Battle the SS In Warsaw Ghetto (1943)

On this day, in 1943, the deportation of Jews to the concentration camp at Treblinka starts again. It was the first one in almost four months. However, unlike previous transportations of Jews, this one met with resistance.

In July 1942 Himmler ordered that the Warsaw Ghetto was to be sealed off from the rest of the city. The SS leader ordered a wall to be built that enclosed the Jews of Warsaw. Once this was accomplished then the enclosed area would be systematically emptied of Jews. The inhabitants of the ghetto were then to be transported in stages to Treblinka where they would be sent to the gas chambers and a minority would be retained as slave laborers where they would be worked to death. Treblinka was located some sixty miles to the North of Warsaw.

The Germans sealed off the ghetto in record time. Then the deportations to Treblinka began and some a quarter of a million Jews were transported by rail to the concentration camp at Treblinka. The deportation of the Jews from Warsaw to Treblinka is according to many historians the greatest single act of mass murder of the war. Even in the bloody chronicles of WWII, the killing of the Warsaw Jews was particularly cold-blooded and brutal. When the Jews arrived at Treblinka they were segregated by sex and stripped of their clothes and valuables. Many of the guards were Ukrainians. The victims were then told that they were being taken to shower-rooms, in reality, they were gas chambers and here they were poisoned and killed. Their bodies were later burned or buried in mass graves.

In January 1943, the deportations to Treblinka started up again after a hiatus of some weeks. A German SS unit entered the ghetto to round up some more victims and this time to their amazement they were met with fierce resistance. The remaining Jews in the ghetto were determined that they would not go meekly to their death. The Jews had formed a small resistance group and had been able to smuggle guns into the ghetto. These were mostly pistols. The Jews were also able to make Molotov cocktails. When the SS unit entered the ghetto they were met with bullets and firebombs. There were not that many Jewish fighters but the managed to force the SS to retreat. The Nazis later returned to the ghetto in great numbers and equipped with flamethrowers. The Jews used the narrow streets to ambush the Germans and threw Molotov cocktails at them from windows. Battles raged in the ghetto for several days.

The Germans were able to regain control of the situation and they eventually killed all of the Jews rebels. The uprising was one of the most significant acts of resistance by Jews in WWII. It did not stop the deportations and soon another several thousand Jewish men, women and children were sent to their death in Treblinka.