This Day In History: The Japanese Withdraw From Guadalcanal (1943) 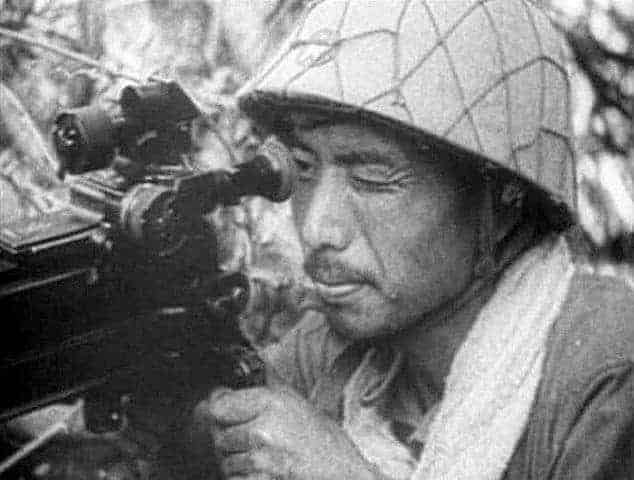 This Day In History: The Japanese Withdraw From Guadalcanal (1943)

On this day, in 1943 the battle for the key Pacific Island of Guadalcanal effectively ends. The end of the fighting for the strategic island came when the Japanese army was given permission to abandon the island. The Japanese had been in occupation of the island since the summer of 1942 but they had been decisively defeated by the US marines. The Japanese emperor’s decision to allow his units to withdraw was only recognition of the fact that the Imperial Japanese army’s position on the island was untenable.

The Japanese had seized Guadalcanal Island, part of the Solomon Islands and they immediately began to build an airfield. This would have allowed them to attack any allied shipping in the area and gave the Japanese the opportunity to strike at other islands in the South Pacific. The Americans were very concerned at the Japanese presence on Guadalcanal and they launched an operation to capture the island.

The Americans landed at several points on the island and they took the Japanese by surprise. Bad weather had grounded their reconnaissance aircraft and this had allowed the US marines to land on the beaches with little opposition. It took the Japanese, a few hours but they managed to organize a fierce defense of the island and they launched a fierce attack on the Marines on the beaches. The Japanese hurled themselves against the Marines in an effort to drive them back to the sea. The ferocity of the fighting stunned the Americans. The willingness of the Japanese to surrender and to fight until the death also shocked the US forces, even the toughest marines.

Some 10,000 Marines landed on Guadalcanal in a little under twenty-four hours despite the fierce Japanese resistance. Their main objective was the airfield that the Japanese had built. The heavy guns of the US navy bombarded the interior of the island. This allowed the marines to reach the airfield and it seemed that the battle for the island was over. The Japanese were able to land reinforcements and they also attacked the Americans by land and from the air. The marines were soon hard-pressed and sustaining heavy casualties. The US navy was able, despite coming under constant attack, to reinforce the marines on the island. The fighting on the island was intense with close quarter fighting and even hand-to-hand fighting. Soon it became apparent that the Japanese position was hopeless and that they could either retreat or be annihilated by the US forces.

The Japanese Emperor gave secret order for the withdrawal of all Japanese forces from the island. The Japanese rapidly left their positions by night and did it so stealthily that the Americans did not know that they had retreated. The did not realize that the Japanese had left until the next morning when they discovered that the Japan positions had all been abandoned. The American seizure of Guadalcanal was a great victory for the US. In the battle for the island they had lost some 1,200 men while the Japanese had lost some 25,000 men.