Novgorod Massacre: Ivan The Terrible Orders A Massacre In Novgorod 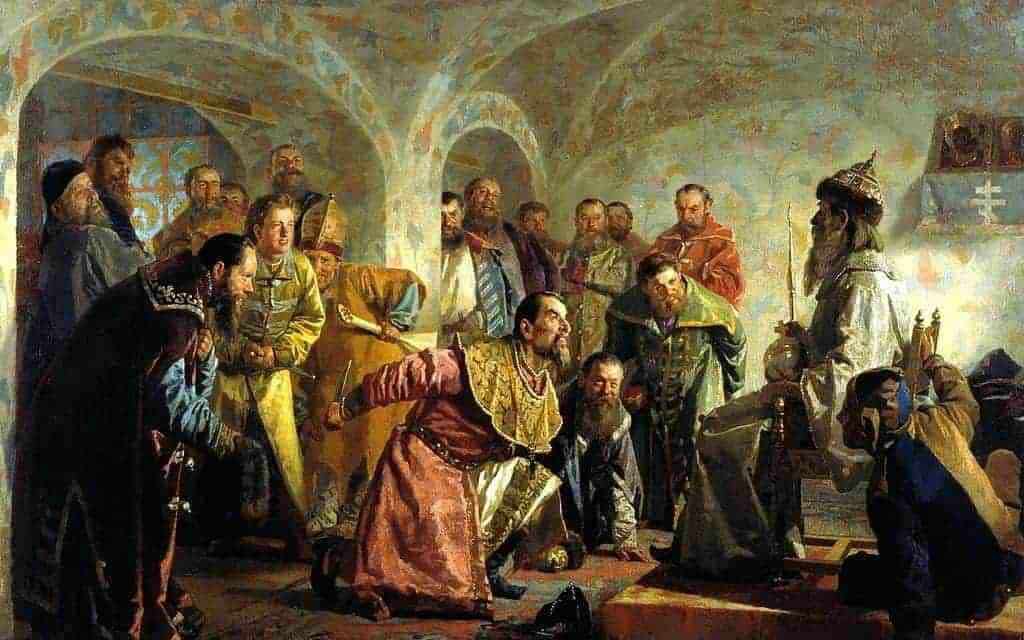 This Day In History: Ivan The Terrible Orders A Massacre In Novgorod (1570)

On this day in history, Ivan the Terrible ordered the massacre of the inhabitants of the city of Novgorod (1570). The city had formerly been a powerful independent city-state but was now part of Ivan the Terrible’s domain. Ivan was a brutal autocrat and he was in all probability paranoid and mentally unstable. He saw enemies everywhere. He may have been suspicious of Novgorod and its elite because he believed that they wanted their old independence.

Ivan was also suspicious of them because he believed that they were in league with the Polish King. The Russian Tsar feared the ambitions of the Polish King, who was at this time a very powerful ruler and who ruled most of Eastern Europe. Some years previously a town had revolted from Russian rule and had allowed the Poles to enter it. Ivan had been able to retake the town but he never forgot the treachery of the citizens. He may have believed that the citizens of Novgorod would do the same.

Ivan set out in the midst of winter with his army and advanced toward the city. Most of his army was composed of the feared Oprichnina. These were an elite group that was only answerable to Ivan and they were renowned for their brutality. Ivan cut the city off from the surrounding areas. Novgorod had been greatly weakened by several famines in recent years. Soon Ivan and his army were able to enter the city, which did not really put up much of a fight. Then Ivan unleashed his army on the population. He was a sadist and he seemed to have enjoyed cruelty and violence.

The army was ordered to punish the entire city for its alleged treason and crimes, almost certainly figments of his imagination. For over a month the soldiers murdered, raped, tortured and robbed the inhabitants. The soldiers attacked the churches and monasteries and looted them, killing monks and priests. They all killed merchants and traders for their goods. Ivan had many alleged conspirators tried and they were brutally executed. He even ordered women and children killed. An unknown number of them were thrown into an icy river and they were killed by soldiers on the banks if they tried to escape. Ivan had many poor people driven out of the town and they starved or froze to death. No one knows how many died but it is estimated that some 100,000 people died in the orgy of violence and bloodshed unleashed by Ivan the Terrible.