This Day In History: General George Patton Was Born (1885) 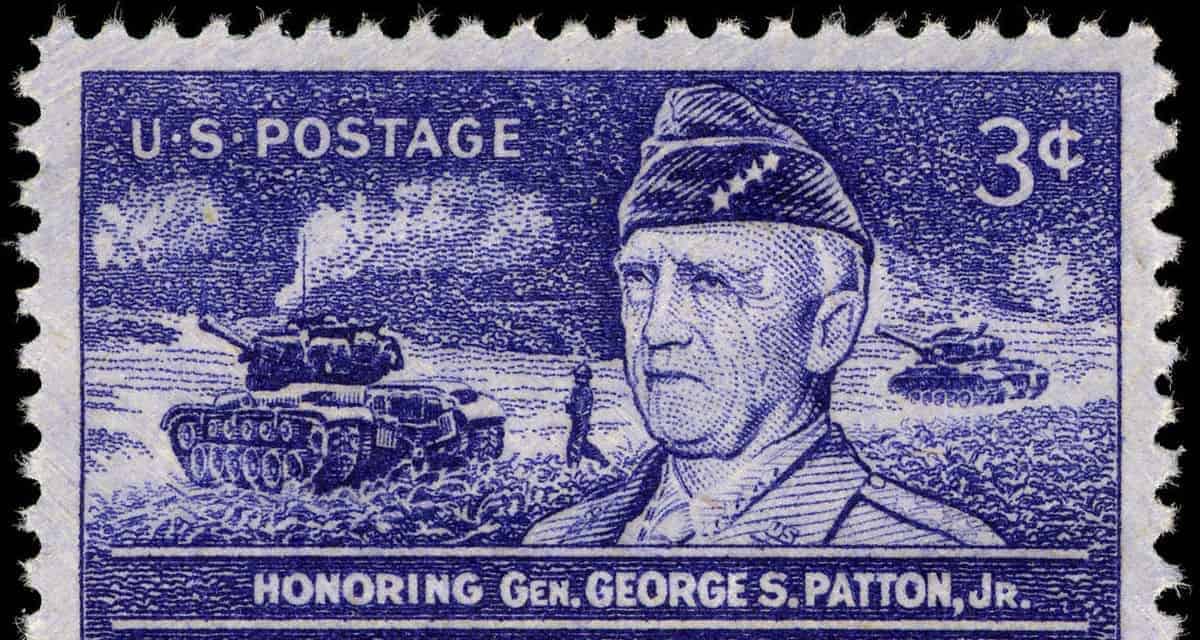 This Day In History: General George Patton Was Born (1885)

On this date in 1885 George Smith Patton, one of the greatest generals of World War II was born. He was born in San Gabriel, California to a distinguished military family. The Patton’s had long been members of the US military and the young George always wanted to be a soldier.

As a young man he had been accepted to West Point, the most prestigious military academy in the country. He graduated with distinction and after a brief period in the cavalry he joined a newly formed American tank unit. Patton was a lifelong student of military history and he came to believe that the tank was the future of warfare. Patton was sent to France in 1917 and he served with distinction until the end of the war in November1918. After the end of WWI he remained in the army and he continued to study military strategy and he championed the use of tanks in modern warfare.

In 1942 Patton was given command of a US tank division in North Africa. He helped to stabilize the American front line after a defeat by Rommel and later defeated the Desert Fox whom he greatly admired in another battle. He later played a key role in the invasion of Sicily and became known for his daring and recklessness. Patton became notorious for his rivalry with Montgomery, especially in the infamous â€˜Race to Messina’.

Patton was an outspoken character who had a fiery temper. He liked to dress as a cavalry man and courted the press. He was known as something as a boaster and was famously loud-mouthed. He believed in reincarnation and stated that he had been a great military leader in past lives. Patton’s career was nearly ruined in Sicily when he hit a soldier he believed was a coward. In fact, the General had hit a decorated veteran who had suffered shell shock. Later the American High Command made Patton apologize to the soldier in public and he was later reprimanded.

Patton was later to be placed in command of the famous â€˜ghost army’. This was a non-existent army that was allegedly based in Southern England prior to D-Day. It was all an elaborate deception to fool the Germans into thinking that the allies would land on another area of the French coast.

Patton was later appointed as commander of the US Third Army and it was here he earned fame for his daring tank advances and attacks. Following the breakout from Normandy his Army swept all before it in France and helped to drive the Germans out of Paris and eventually all of France. Later he played an important part in the counter-attack that led to the defeat of the German offensive in the Ardennes. Patton was often accused of being too reckless and this led to unnecessary casualties among his men. This earned him the nickname of â€˜Blood and Guts’. He led the US Third Army across the Rhine and he led it into Central Germany. Patton dies in a car accident in December 1945.