This Day In History: Federal Prisoners Arrive On Alcatraz (1934) 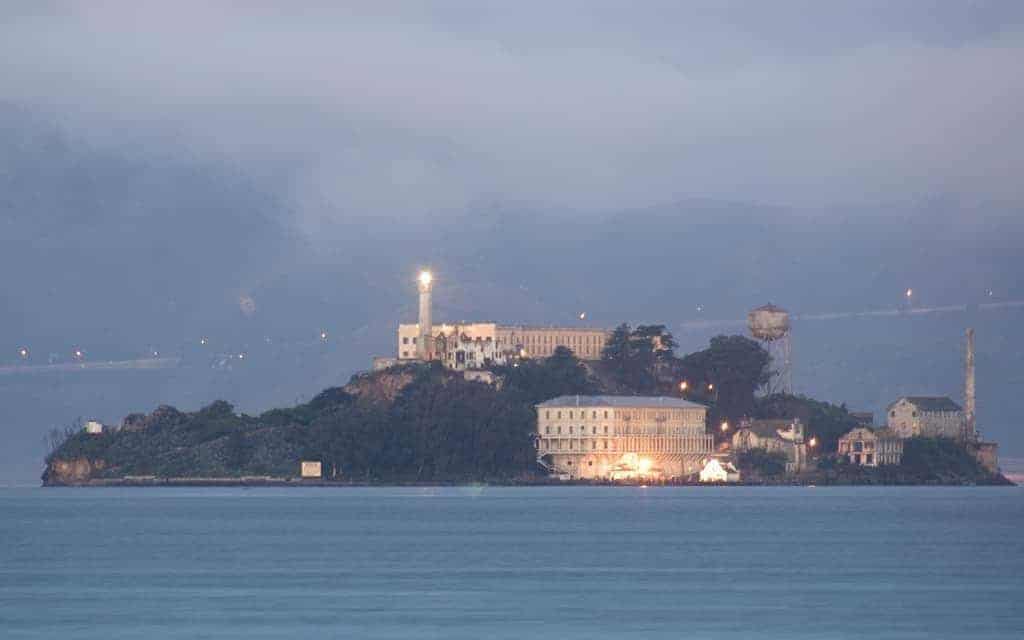 This Day In History: Federal Prisoners Arrive On Alcatraz (1934)

Alcatraz was a bird sanctuary. It was first discovered by the Spanish and they called it the Isla de los Alcatraces, or “Island of the Pelicans.” The island is still home to many Pelicans. The Spanish built a fort on the island and used it as a naval base for many decades. They later sold it to the Americans in 1848. The Americans built a lighthouse on the island and it was the first in California.

From the middle of the nineteenth century, a U.S. Army unit was garrisoned there, and from the 1860s Alcatraz was used for military prisoners. The prison was host to a series of special prisoners, including Indian scouts, American deserters and some Boxer rebels from China. In 1907, Alcatraz was designated the United States Military Prison for the Pacific region.

After the Great Depression, the country experienced a crime wave. They Federal government decided to fortify Alcatraz and turn into a high-security federal penitentiary designed to hold dangerous criminals including those who repeatedly escaped from prison. The new civilian prisoners arrived on August 11th in 1934. After this, a great number of them came to be transferred to the island . The prison was to hold many of the most famous criminals of the time, including Al Capone and ‘Machine’ Gun Kelly.

In the 1940s, the “Birdman of Alcatraz” was held at the island prison.A convicted killer he wrote a classic book on birds while he in solitary confinement in a Kansas Prison. He had killed a prison guard in Kansas and was kept in solitary confinement for a year. The ‘Birdman’ his real name was Stroud was transferred to Alcatraz in 1942. Stroud was not allowed to continue research at Alcatraz despite it being a renowned bird sanctuary.

No one every escaped from the island. However, there is still some debate as to if there was a successful escape in 1962. The story of the 1962 escape of three of these men and some believe that they escaped, while others believe that they drowned in the treacherous waters around the island.

In 1963, the then U.S. Attorney General ordered that the prison be closed as it was too expensive. Alcatraz housed more than 1000 prisoners and many of them were the most dangerous men of their times. In March 1964 a group of Indians claimed the island. Successive attempts by the Indians to reclaim the land all failed.

In 1972, Alcatraz was opened to the public and it is now a popular tourist site. Hundreds of thousands of people visit Alcatraz Island and the former prison annually.