This Day In History: Europe Is Saved At the Battle of Tours (732 AD) 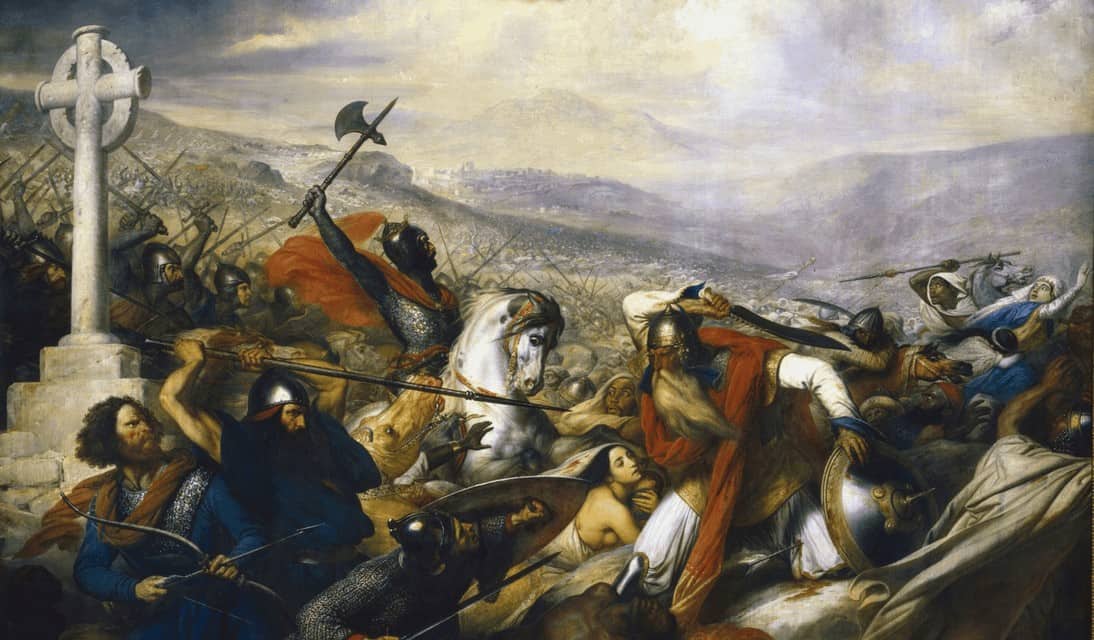 This Day In History: Europe Is Saved At the Battle of Tours (732 AD)

On this date in 732 AD, one of the most important battles in history took place. It was a conflict between the Muslim Arabs and their allies and Christian forces under the leaderships of the Franks. The Battle of Tours was a victory for Christian Europe over the Muslim Arabs and many believe that this possibly saved Europe from being conquered by the armies’ of Islam, which would have altered the course of European history.

By 700 AD the Arabs had conquered a huge empire that stretched from central Asia to Spain, an empire that was bigger than Rome’s. No one could resist the invincible armies of the Muslims. They had conquered the Sassanian Persian Empire and also the eastern regions of the Byzantine Empire. The Arab empire was ruled by a Caliph based in Damascus and he was the absolute ruler, in all the conquered lands. The Arabs had also captured Egypt and later they conquered all of North Africa and from here they had invaded Spain. They were able in the space of two years to capture the entire Visigoth Kingdom. From here they began to raid Frankish territory (modern day France). The Franks had established a powerful state in Modern France Belgium and western Germany. In 732 AD the Muslim governor of Spain decided to launch an invasion of France, although some historians claim it was only a major raid. They had already established some strongholds in southern France.

The Muslims or Moors as the Christians called them pressed into France in 732 AD with a huge army. The Franks gathered their forces and called on their allies. They met the Muslims under Abd-ar-Rahman, the Muslim governor of Cordoba, at Tours, the Muslims launched several attacks on the Christian forces. The Franks under their leader Charles of Martel held fast and withstood almost a day long Arab attack. The Arab light cavalry was more than a match for the heavily armed Frankish knights, however, the heavy infantry of the Christians was superior to the Arab’s infantry. The Muslim forces were at one stage on the verge of victory but their leader was killed and they were soon in some disarray. The loss of their leader and their extended supply lines meant that they were forced to retreat. They retreated in good order and actually took a lot of booty and prisoners with them, back to Spain. However, they had failed to add any Frankish territory to their Empire. There were further incursions from Spain but Frank was never again to be threatened by the Arabs in Spain. Charles later drove the Muslims out of their outposts in southern France, such as Nimes.

Charles the Martel was the ‘Mayor of the Palace’ a senior official and was the de-facto ruler of the Frankish kingdom. He had secured his position after a civil war with other contenders and also greatly expanded the kingdom of the Franks. His victory at Tours made sure that Martel’s family the Carolingians were the most powerful in the Frankish kingdom and eventually the seized the throne with the support of the Papacy. Charles Martel’s grandson Charlemagne, later carved out a vast empire that stretched across Europe.