This Day In History: The Cattle Baron John Chisum Dies in 1884 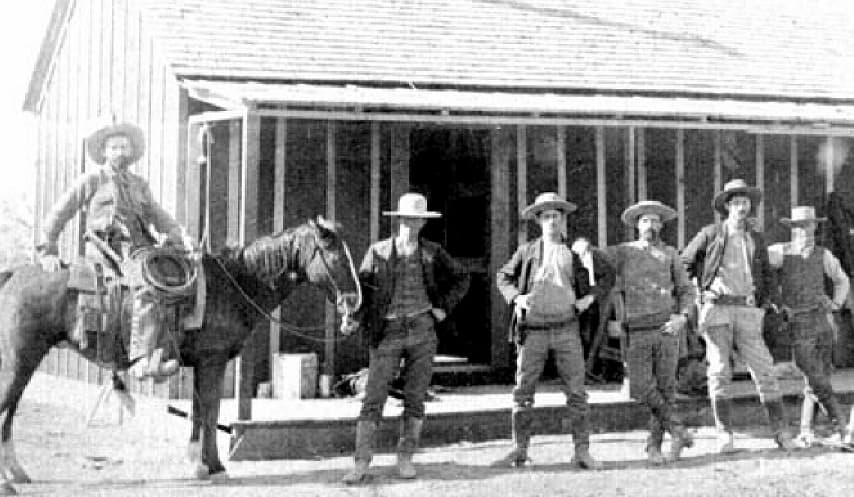 This Day In History: The Cattle Baron John Chisum Dies in 1884

On this day in 1884 one of the key players in the Lincoln County War, 1878-1881 passed away. John Chisum a cattle baron died in Eureka Springs, Arkansas. He was a very controversial figure, to say the least. He was born in Tennessee in 1824 and he later moved to Paris Texas, when he was still a boy. He came from a poor family and worked as a laborer for many years. In 1854 he decided that he wanted to get ahead and he went into the cattle business. He was a great cattle man and soon he had amassed a huge herd of cattle. He had up to 80,000 head of cattle in Lincoln County, New Mexico. However, New Mexico was lawless, to say the least. Chisum was later to claim that up to 10,000 of his cattle had been rustled. This was a problem for other New Mexican cattlemen. Chisum formed an alliance with the other big cattle men in Lincoln County. They believed that small time cattle drovers and merchants were involved in a massive rustling operation. The cattle men in Lincoln County decided that they would take the law into their own hands. There is no agreement on this but many believe that Chisum was the driving force behind this.

Chisum seems to have persuaded the local big ranchers to target those involved in the rustling. The first to be targeted were two Irish merchants who owned a large store and they were also government contractors. Their business came to be known as ‘The House’. These men may only have been competitors of Chisum and not outlaws and rustlers and may have had no role in the stealing of cattle. However, the Irishmen were tough and they would not be intimidated and a deputy in their pay killed an associate of Chisum. This was the start of the Lincoln County War. The so-called war was a bloody affair and several dozen people died in the battle between the hired guns of the big ranchers and the small cattle ranchers. The war was about so much more than the rustling of cattle and was about the economic and political control of the County. The Lincoln County War drew many hired guns into the area and one of these was a tough kid, called William Bonney, better known as Billy the Kid. He was one of the big ranchers hired guns. Despite their wealth, the big ranchers were not able to intimidate the small cattle men and merchants. After some three years of bloody violence, the big ranchers like Chisum found themselves outfought and outgunned and a kind of peace settled upon the County. Billy the Kid claimed that he was owed 500 dollars by Chisum. The ‘Kid’ stole some of Chisum’s herd and horses and this was a mistake as he lost his protector Without the support of Chisum, Billy the Kid was doomed, without the support of the big rancher and soon his one-time friend, Pat Garrett, killed him in 1881.

Chisum’s ranch found it very difficult to recover from the devastation caused by the Lincoln County War and his herds were also decimated by Indian attacks. However, he remained a wealthy man and when he died he left an estate in today’s money that was worth about 8 million dollars.