This Day In History: Britain Reconized De Gaulle As Head Of The Free French (1940) 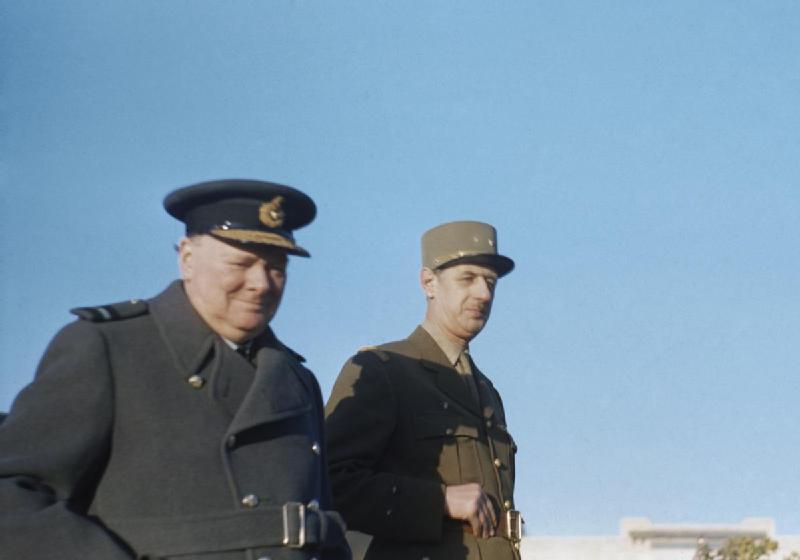 This Day In History: Britain Reconized De Gaulle As Head Of The Free French (1940)

On this day in 1940, General Charles de Gaulle, the French General who had escaped to England after the Fall of France had set up his own HQ in England. He wanted to establish a force of ‘Free French’ that would rival to Vichy regime. The Vichy regime accepted the German occupation and was collaborating with the Nazis. De Gaulle was dedicated to the overthrow of the Vichy regime and ultimately wanted the Germans to be expelled from the country.

De Gaulle was a French patriot and was determine to free his homeland. He had previously fought the Germans during WWI. He had been captured during the war and been held as a POW. During his time in captivity, he tried many times to escape, but he was recaptured each time.

After WWI he re-joined the army and served in Morocco. In 1939 De Gaulle was a tank commander and he had argued for France to invest more in armor and not to rely on the Maginot Defence Line. During the invasion of France, he and his unit displayed conspicuous bravery and he and his men became heroes. When General Petain, a former mentor of De Gaulle established a government in Vichy that was willing to collaborate with the Germans was established. He decided that it was hopeless to stay in France and that the fight for French freedom from England.

On June 18, from England de Gaulle took to the radio to make an appeal to his fellow French not to accept the surrender proposed by Petain and rather to fight on. Ten days later, Britain formally acknowledged de Gaulle. They and exiled French soldiers recognized him as the leader of the “Free French Forces,”. At first, it was composed of French soldiers who had left their homeland with the British at Dunkirk. Some units of the French Navy joined the French Forces.

A few weeks later, a French court sentenced de Gaulle to death, this was probably done on the orders of the Germans.

De Gaulle from a weak position was able to build up the support for the Free French forces. He attracted patriotic French men and women all over the world to his cause. The Free French immediately started to subvert the Vichy government in France and throughout the Empire. Soon De Gaulle was able to establish a series of armed units that were to fight alongside the Allies in the Middle East and Europe. He was fiercely independent and was often undermined by Roosevelt who did not like De Gaulle.

De Gaulle would prove a great wartime leader and politician. After D-Day He returned to Paris from Algiers. He had earlier formed a shadow government in Algeria. Later he would go on to form and lead two governments and in the 1960s he was recalled to lead France again during the Algeria crisis.