This Day In History: The Battle of Trafalgar Was Fought (1805) 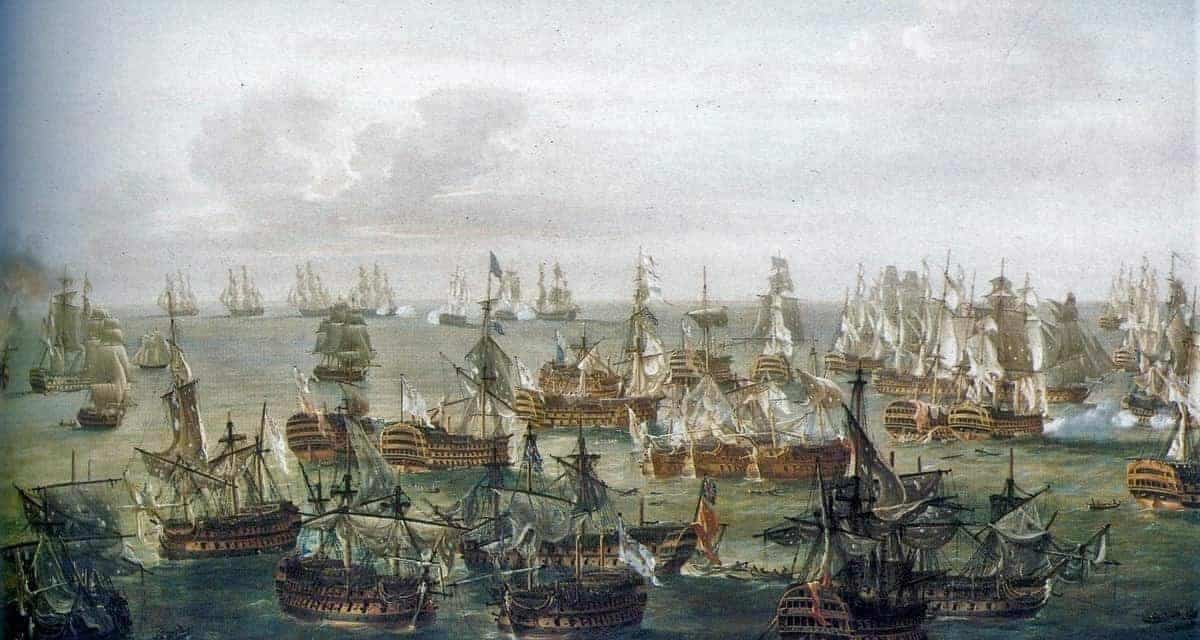 This Day In History: The Battle of Trafalgar Was Fought (1805)

On this date in history, one of the most important sea battles in history was fought. The Battle of Trafalgar was a decisive victory for the British Navy under the inspired leadership of Admiral Horatio Nelson. The British Navy destroyed an armada of French and Spanish ships off the coast of Spain during the battle.

The Royal Navy achieved this great victory at sea at a time when Napoleon had begun to dominate Europe. Nelson and the British had inflicted a series of naval defeats on the French navy such as the Battle of the Nile. Undeterred Napoleon had managed to build a huge fleet and reinforced with Spanish ships, had begun to challenge the British for control of the seas.

Nelson was to fight his last and greatest battle against the French on this date. On this day in 1805, his ships spotted a Franco-Spanish force of some 33 ships, sailing out of Cadiz. Even though the British were outnumbers (27 ships), Nelson decided to go on the attack and issued the following message

“England expects that every man will do his duty.”

Nelson adopted a novel tactic and it was at Trafalgar that his genius is most evident. The Franco-Spanish fleet was commanded by the experienced commander Vice-Admiral Villeneuve. Nelson ordered his ships to divide into two. He then directed that the two divisions sail into the French lines from a perpendicular angle. This had the effect of dividing the Franco-Spanish fleet into three separate lines. This at a stroke meant that one-third of the enemy were surrounded and the rest of the enemy ships were cut off from each other. The British then opened fire with their guns on the French and Spanish. The Franco-Spanish ships put up a fierce resistance and the battle became a series of artillery duels between individual British and French ships. During the battle from, the masts of the ships, snipers fired on sailors and officers.

The battle lasted for five hours. The Royal Navy sank some nineteen ships, over half of the French and Spanish fleet. A further three were captured.The battle was fierce and several thousand sailors from both sides were killed. It is estimated that some 1,600 hundred British sailors and marines died in the battle, alone. There were also many wounded and in the battle many men lost their limbs.

Nelson was exceptionally brave and he sailed his ship the â€˜HMS Victory’ into the middle of the battle. During the fighting, a French sniper spotted the Admiral and shot him in the chest. Nelson was fatefully wounded. Despite having some medical attention he died. Before he died he was told that his fleet had achieved a great victory. According to those present, his last words were

“Now I am satisfied. Thank God I have done my duty.”

The Battle of Trafalgar effectively secured control of the seas for Britain and ensured that Napoleon would never try to invade the British Isles.