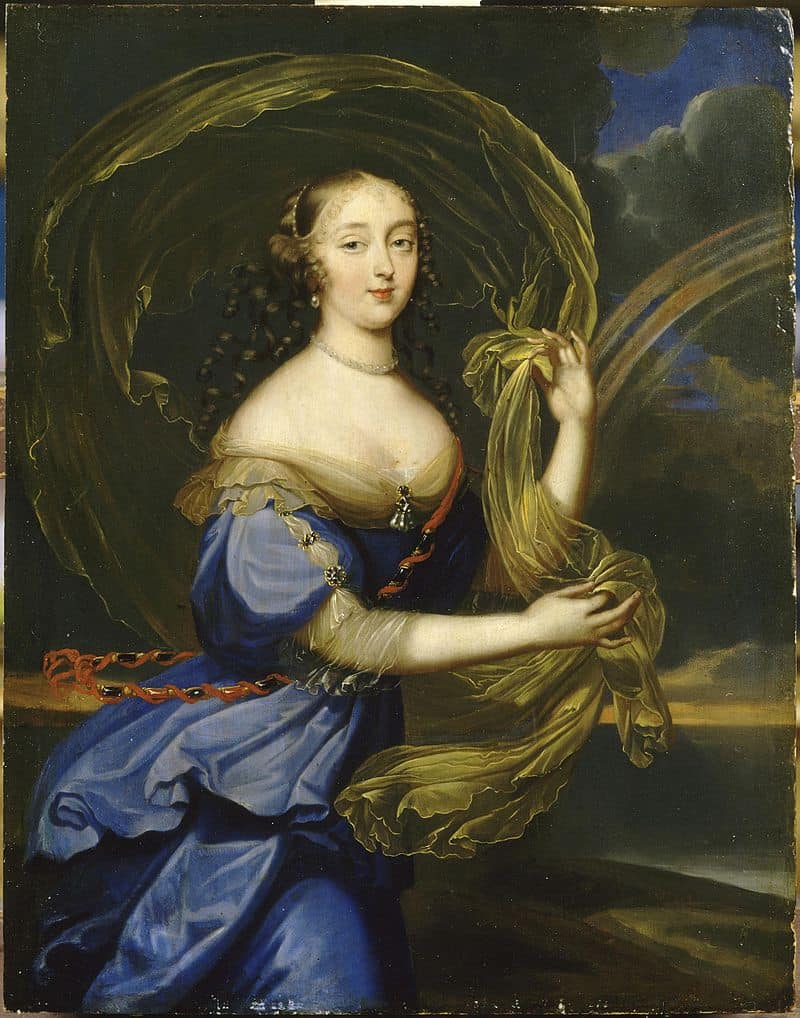 For those looking to hold a king’s attention, there were none—none—more ambitious than the  17th-century mistress of Louis XIV, the ravishing and clever Madame de Montespan. When she first saw the powerful king, she immediately set her sights and determined his fate. Unfortunately for her, the French king already had a mistress of whom he was quite fond, and he seemed to take little notice of Madame de Montespan’s carefully conceived advances.

Hoping to create a chink in their affair, she sought the help of the notorious sorceress, La Voisin, who lived in a dark, crumbling house on the outskirts of Paris. For a hefty fee, she would whip up potions to illicit love, bring about death, cultivate beauty, or destroy an enemy. Madame de Montespan became a regular client and was eventually caught up in a larger scandal known as the Affair of the Poisons that would uncover the role of La Voisin in her plan to control the king.

Once Madame de Montespan procured her vile concoctions of dead baby’s blood, dirt, and shaved metal from the witch, she would slather it secretly on the king’s food in an effort to woo him. And despite the strangeness of it all, it seemed to work, as he eventually dumped his then-pregnant mistress, Louise de La Vallière, and took up with the tenacious Montespan. Falling deeply in love, the two became inseparable for some time. Finding very little exercise outside the bedroom, Montespan would sometimes escape the rich food and relaxation of the court to starve herself in private so she could return to amaze the king with her svelte new figure.

Always vigilant of her figure, Montespan would lie naked for two hours every day while being rubbed down with pomade to keep her feeling physically invigorated. And for a long time, this worked until her lover’s eye began to roam once again and she was forced to seek out the elixirs of the French witch.

One mistress, in particular, Madame du Barry, who had the distinct pleasure of following in the footsteps of Madame de Pompadour, found her singularity in doing what many women did not, namely clean themselves. She was always recognized for her attention to these matters, something many women of the time regularly overlooked.

French courtesans were notorious for their neglectful personal hygiene and typically only washed themselves every few weeks. Such elaborate make-up and coiffures took considerable time, and it was always advised to keep them in place as long as possible. Because of the limited medical treatment of the 18th century, many women bore the scars of childhood smallpox and would cover their ruined complexions with powders and paints, all in an attempt to find beauty once again.

The astounding detail of their costumes made changing difficult, and undergarments were often worn for long periods of time and wigs donned for endless hours. Women of the court were known to always have a special “scratcher” on hand that could be inserted into a bodice or coiffure to ease the irritation of flea bites and dirty scalps.

But Madame du Barry was different and conscientiously bathed in rose-scented water everyday and dressing in rich white material that would accentuate the milky whiteness of her scrubbed décollage. Real diamonds glittering at her neck and ears would provide just the right amount of luster to the luxurious cleanliness of her hair, neck, and hands.