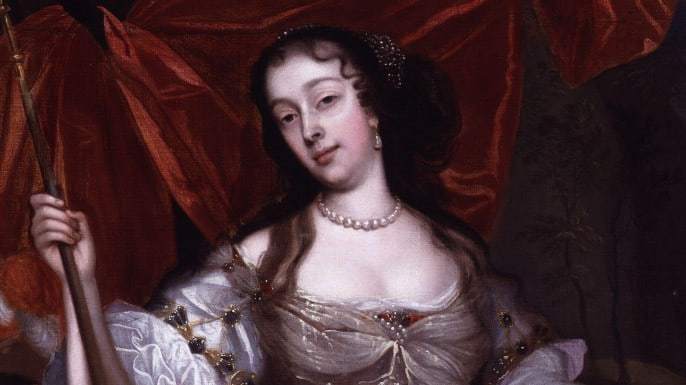 As the Italian fortune-teller, Primi Visconti once said, “Every woman was born with the ambition to become the King’s favorite.” In the case of those who lived in the famous 17th-century French court of Louis XIV, it seemed he was right. In a world defined by its luxury and extreme passions, there were none as uniquely ambitious as the mistresses of the wealthy and powerful.

While a woman of the monarchy was bred to be proper and obedient, the maîtresse-en-titre of the king was educated on an entirely different level, where recognition and position had to be earned. And given the glittering competition surrounding her at all times, this was not something easily maintained. Powerful men of the time enjoyed having their egos stroked regularly, and it was up to the mistress to ensure this happened quietly and successfully. Elevated above the mere prostitute but pinioned by many of the same expectations, the mistress was in a class by herself.

But the king was not an easy target. He had the luxury of knowing every woman in the room was willing to lie down for him at any time, which increased the pressure and tension of the mistress’s mission. She needed considerably more in her arsenal than just beauty; she must be worldly, intelligent, clever, charming, graceful, and above all, sensitive to the needs of her mercurial lover who could feasibly stray at any time. She must be ever patient, ever willing, and always in a position to give the king just what he wanted. While the king was off flirting with ladies in waiting and perhaps plotting his next secret escapade, his mistress was expected to wait in her apartments, grooming herself in the hopes that he would grace her with his presence. Like holding on to a sunbeam, she must find a way to grasp that which was impossible to hold.

Because she had essentially carved her status from nothing, the king’s mistress lived a life of tenuous status. While the queen’s role was cast in stone regardless of her actions, a mistress’s very livelihood depending on her ambitions and tenacity. If she wanted to keep her position at court as the king’s first choice, which also translated into considerable wealth and affluence, she would need to do whatever it took to capture the shiny prize of the king’s attention. And this often meant no peace, no rest, and no personal life outside of that goal. She was subject to his desires in every possible way.

In the world of mistresses, there was none more successful or distinguished than Madame de Pompadour who maintained her role as maîtresse-en-titre of Louis XV of France from 1745-1751, an incredibly long time for such a position. She was the perfect example of a woman who knew precisely what she must do to keep the king happy and went about her duties with discipline and unwavering commitment. And despite the sparkling veneer of her position, these duties were not always easy or pleasant. Pandering to an impulsive lover takes work, and she was forced to tailor her very life to ensure his contentment, no matter what. As it were, the king had a voracious sexual appetite and often wanted to roll in the satin sheets several times a day. Among her ladies, Madame Pompadour often claimed to be used “too well” by the king, a role that drained her physically as well as mentally. She was often on the verge of exhaustion and had to work hard to keep up her stamina so as to meet the king on his level. When she found herself failing in this area, she began a steady diet of celery, truffles, and vanilla that only made her ill.

One thing that made Madame de Pompadour so appealing to the king was her ability to provide him with a protected realm from the demands of court. As the lead monarch, he was also subject to constant scrutiny and attention, much of which took its toll on his energy. When he needed a place to relax and unwind, she gave him one. When he wanted to find quiet and intimate conversation, she would entertain him in her luxurious apartment, filled with all of his favorite things. From wine to flowers to exotic velvets, she knew just what pleased him and made sure it was readily available at all hours of the day. In this way, she fulfilled not only the role of a lover but of a mother as well, providing him with the “home” he might need at any given time.

While the backdrop to his visits was always perfect, her attention to his moods was even better. As a student of his mind, she could read his every facial expression and likely knew what he was thinking before he did. The mere cadence of his words was enough to alert her to any problem or desire, and she knew how to draw out his confidences and determine his secrets. And when the king was not feeling completely at ease, she knew how to cajole and soothe him with her words and her body.

But her skills and knowledge did not just apply to sex and decorating; she was considerably more refined than that. After all, a king could have his pick of women and for her, being worldly and sophisticated was just as important as being sexy. Madame de Pompadour appreciated architecture, botany and the gardens of Versailles, and she even pursued a few of her own interests like gem cutting and dance. Above all, she knew the court was teeming with women desperate to take her place, and her number one goal must be to always keep Louis enraptured. Boredom was, indeed, the devil’s playground, and she fought hard to keep her lover from ever going there. At all cost, she was fabulous beyond compare, always wearing just the right outfit and able to speak on the most current, interesting subject. But like a diamond shut behind a locked door, she often sparkled in private, just hoping for a visit from the illustrious king.

Those who observed Madame de Pompadour envied her role, but they also glimpsed what it must have felt like to compromise everything as a result. When her 10-year-old daughter and her father both died within the same week, she stifled her sadness and wore an attractive face so as not to upset the king. She could not risk the chance of making him feel emotions as severe and off-putting as sadness or mourning. And in this way, the pain she felt on the inside was likely equal to the happiness she exhibited on the outside.